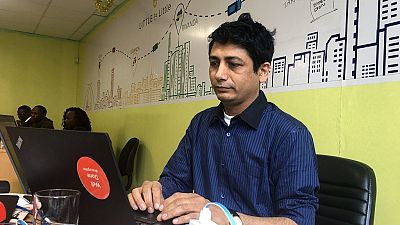 Little, Kenya’s ride hailing company is expanding to Tanzania and Ghana. By May, it hopes to raise about $50 million in capital from investors.

Little, which competes with global players like Uber, Taxify in Kenya, is valued at $70 to 75 million. It is a minuscule number in comparison to its billion dollar rivals.

“We are meeting with some investors both on the continent and in Silicon Valley. The interest is there, we’re just trying to convince him. We hope that the investment should be available for Little’s cause by mid-year, that’s what we hope’‘, said General Manger of Little Cab, Kamal Budhabhatti.

Our drivers are agents, they can sell you credit, they can pay electricity bills, water bills, they can do all these small services, it increases their income.

Budhabhatti said the company plans to begin offering rides in Tanzania’s commercial capital, Dar es Salaam next week. It also plans to launch in Accra by May, adding to its operations in Kenya, Uganda and Zambia.

Last month Little launched a bus service in Nairobi on its platform, on top of its taxi services and motorcycle “Boda Boda” offerings.

“ I think we target middle-income, high-income and high-income consumers and those mentioned above, we are more interested in low income because we also have a product called “boda boda” which is a two-wheeled taxi, and we also have a shuttle that looks like a public transport platform. So, if you look at it from a consumer’s point of view, since our spread is greater, any consumer can choose’‘, he added.

Little is available in Kenya for a segment of the market that does not have smartphones. By working with mobile operators, customers can use a short code to identify the location of a vehicle and suggest a route.

‘‘Our drivers are agents, they can sell you credit, they can pay electricity bills, water bills, they can do all these small services, it increases their income. So, if you choose them you really won’t have to fight about the prices of the moment”, Budhabhatti said.

The two-and-a-half-year-old company has 10,000 drivers operating in Nairobi and more than one million users on its platform, with more than 60% of them in Kenya.