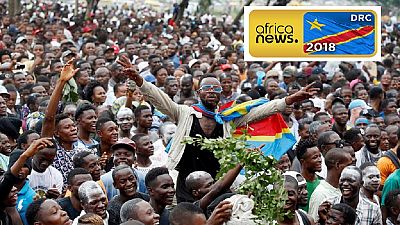 It was billed as a historic occasion, the first-time that the Democratic Republic of Congo DRC, could boast of peaceful transfer of executive power from one democratically elected leader to the other.

Then outgoing Kabila had kept everyone guessing his move as the second year of holding out after his official second and final term expired in late 2016.

August 2018 settled the doubts and tension as the ruling Common Front for Congo, French initials FCC, announced a new candidate for the December 23, 2018 vote. It confirmed that Kabila was on his way out.

With campaign season open, the presidential vote was by far the most heated vote as is always the case. Twenty-one candidates were passed by the authorities to run for the presidency.

Aside the FCC’s Emmanuel Ramazani Shadary, there was a former oil tycoon Martin Fayulu leading the Lamuka coalition then there was Felix Antione Tshisekedi, son of late veteran opposition chief who died in early 2017.

Campaigning across the expanse of the country was heated as especially opposition candidate Fayulu was serially blocked by police and his supporters clashed with forces of state security resulting in deaths and injuries.

A fire at the Independent Electoral Commission, CENI’s, warehouse in the capital Kinshasa raised doubts about whether the vote could go ahead given the importance of the vote in the capital, CENI assured that all was well.

CENI said it was in a position to replace all electronic voting machines in time for the vote. These machines had been roundly rejected by opposition, the Catholic Church and activists saying they could facilitate rigging.

CENI and the government mounted a defense that the South Korea-made product was the best bet for the vote.

Then with days to the 23rd, CENI announced that voting could not take place in three cities – Beni, Butembo over health concerns citing an Ebola outbreak – the second worse globally according to the World Health Organization, WHO.

In Yumbi, CENI cited ethnic related clashes that had led to deaths as reason for the postponement. All three cities were scheduled to vote in March 2019.

Opposition protests broke out as the move was seen as part of a plan to lock out opposition votes. There was more to come with CENI pushing the vote by a week, again birthing fresh round of protests and expected clampdown.

??DRC made history a week ago with a peaceful handover of power, but with the change came another fact – the country now has a living former president in Joseph Kabila.
He joins a list of other former African leaders: We zone in on the period 2015 – 2019#NewsAnalysis pic.twitter.com/ig7u3veelL