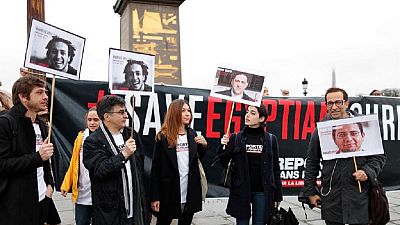 For the year 2018, Egypt topped as Africa’s worst jailer of journalists, a press rights group, Committee for the Protection of Journalists, CPJ reported last week.

Egypt according to CPJ’s Prison Census has 25 journalists behind bars for a range of offences including fake news. Eritrea is sub-Saharan Africa’s worst jailer, both countries make the top five countries.

Egypt’s figure moved up by five because as at December 2017, there were 20 journalists in jail.

“In Egypt, at least 25 journalists are in prison as the administration of President Abdel Fattah el-Sisi has increasingly arrested journalists and added them to existing mass trials.

“Mohamed Ibrahim, a blogger known as “Mohamed Oxygen” who covered allegations of election irregularities and police abuse, is one of more than 40 defendants in one case charged with false news and being members of a banned group.

What the report said about Eritrea

Rounding out the top five worst jailers worldwide is Eritrea. With 16 journalists behind bars, Eritrea continues to imprison more journalists than any country in sub-Saharan Africa; Cameroon is next with seven.

Most of the journalists imprisoned in Eritrea have been in custody since President Isaias Afwerki abruptly shut down the independent media in 2001, and it is unclear whether they are all alive.

The lack of a breakthrough in Eritrean press freedom and other human rights is in contrast to neighboring Ethiopia; the two countries struck a peace deal in June after two decades of hostility, according to news reports.

CPJ found no journalists jailed in relation to their work in Ethiopia for the first time since 2004.

There were at least 251 journalists jailed for their work worldwide on Dec 1. These are the worst jailers: