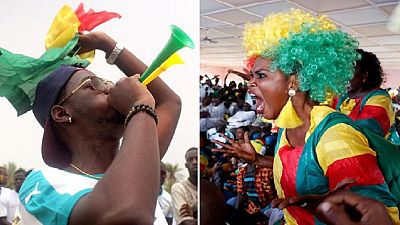 It was an eventful year in the world of sport for Africa, as athletes in different disciplines reached for greatness on the national, continental and global stage.

In some instances, like the 2018 World Cup in Russia, the entire Africa fell short, but in some brilliant moments like Eliud Kipchoge’s record-breaking run at the Berlin Marathon, the continent’s sports prowess shone brightest.

In this article, we’ll review the highs, lows and notable sports takeaways over this year.

Egypt and Liverpool forward took the English Premier League by storm in the 2017/2018 season, breaking the record for goals scored and winning the best player accolades.

He was crowned African Player of the Year by the Confederation of African Football (CAF) in January, and was nominated for the FIFA Best player, UEFA best player and the prestigious Ballon d’Or.

Morocco’s Hakim Ziyech was named the best footballer in the Dutch League in September, becoming the third Moroccan to win the top accolade.

Moroccan club sides dominated football on the continent as Wydad Casablanca defeated Congolese side TP Mazembe to win the Super Cup in February.

Another Moroccan side, Raja Casablanca lifted the African Confederations Cup this month, after beating Congo’s AS Vital (4-3) over a two-legged final.

Morocco’s bid to host the 2026 World Cup was unsuccessful, as it lost out to a joint bid by the United States, Mexico and Canada. The North African is however determines to host the world’s biggest football tournament as it prepares a bid for the 2030 World Cup.

Speaking of the World Cup, African sides put in a dismal showing at the tournament in Russia, as all five national sides failed to go past the group stages.

Egypt, Morocco, Tunisia, Senegal and Nigeria were all eliminated, leaving the continent asking questions and waiting for yet another opportunity to take a shot at bringing the coveted trophy to Africa.

Hanging up the boots

Nigeria’s midfielder Victor Moses, also shocked his fans when he announced his retirement in August. The 27-year-old explained that he needed to focus on his club career at Chelsea.

Chelsea and Ivorian legend, Didier Drogba hang up his boots last month, after an illustrious 20-year career that saw him lift four Premier League titles and the 2012 Champions League.

The Nigerians, South Africans and Cameroon’s Indomitable Lionesses will represent Africa at the World Cup in France next year.

While at least 13 nations have already qualified for the Africa Nations Cup (AFCON 2019), CAF is yet to find a host for the tournament to be held in June next year.

CAF re-opened bidding for hosting rights after it stripped Cameroon of the opportunity, citing infrastructural delays and insecurity.

READ MORE: Is it time for CAF to revise process of awarding AFCON hosting rights? Madagascar and Mauritania will be playing at Africa’s biggest tournament for the first time. 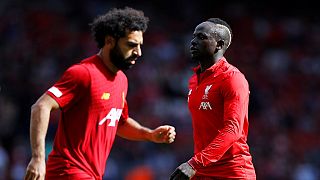