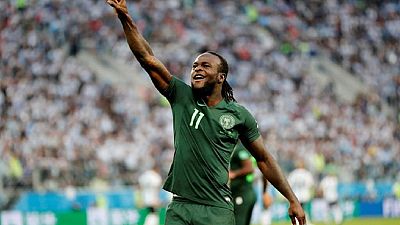 Nigerians have reacted with shock and surprise at Wednesday’s announcement of Victor Moses’ retirement from international football at the age of 27 in order to focus on his club career.

Chelsea wing-back Moses, who made 37 appearances for Nigeria, played every minute of the African nation’s World Cup campaign in Russia where they were eliminated in the group stage.

“I have experienced some of the best moments of my life wearing the Super Eagles shirt and have memories with me that will last a lifetime,” Moses said in a statement on Twitter.

ALSO READ: Nigeria coach reveals the most impressive player on the team

“However, I feel that now is the right time to step away in order to be able to focus fully on my club career and young family, as well as to allow the next generation the opportunity to step up and to flourish.”

I won't understand why Victor Moses retired at 27 tho, especially at a time when Super Eagles is very much exciting .

..but we must respect his decision .
All the best Victor ! pic.twitter.com/rXSVsuKosm

It was a pleasure to play alongside such a great player. You have served your nation well and will always be remembered. Good luck in all you do????VictorMoses pic.twitter.com/b7gVutJf7T

Victor Moses’ retirement may not be the last we hear. Others likely to follow. Surprised it took this long #Team9jaStrong

I cant even wrap my head around Victor Moses retiring from international football. He is just 27 & Nigerian Football is getting better. Sad to hear but i respect his decision. All the best Moses

Moses won the 2013 African Cup of Nations and helped Nigeria reach the last 16 at the 2014 World Cup.

He won the 2016-17 Premier League title with Chelsea but has not started a match under new manager Maurizio Sarri this season. 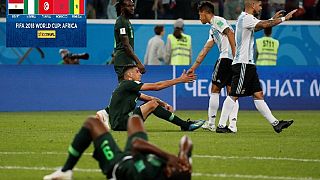 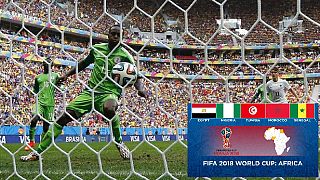 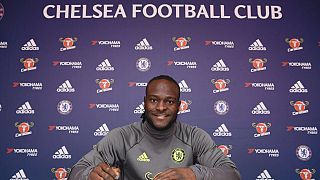