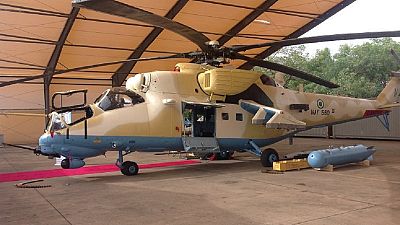 The Nigerian Air Force has as at Tuesday launched an office on terrorists in the Lake Chad islands where terrorists elements belonging to a faction of Boko Haram are based.

According to journalist Ahmed Salkida who reports on the insurgency in the Lake Chad region, the bombardments have “disoriented” the insurgents.

The target group is the Islamic State in West Africa Province, ISWAP, a faction led by Al Barnawi. Widely known leader, Abubakar Shekau, is head of the other main faction.

Developing: The #NigerianAirforce embarks on momentous earth shattering airstrike's on #ISWAP positions in the #LakeChad. Multiple sources in the crisis zone said, the ongoing bombardments has “disoriented fighters.” No news yet on the number and type of casualties.

The offensive comes a week after the deadliest terrorist attack that killed over 100 soldiers in the town of Metele located in the northeastern Borno State, birthplace of Boko Haram.

The army had in the wake of the attack launched a similar onslaught on Metele. The deaths have been top of media engagements as Nigeria’s elections loom in February 2019.

Salkida adde that even as the Air Force bombarded the ISWAP positions, the Shekau group attacked military positions last night in Mararaban Banki and issued a statement of claim few hours after the attack.

The army has yet to confirm the latest purported Boko Haram attack whiles the Air Force has also yet to disclose details of its bombardments.

The Boko Haram insurgency affects four countries linked to the Lake Chad. Nigeria’s northeast, Cameroon’s Far North region as well as parts of Chad and Niger. There is a multinational task force coordinating to combat the insurgents. 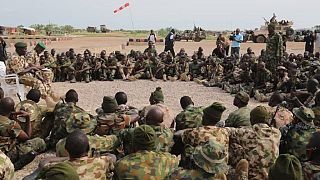 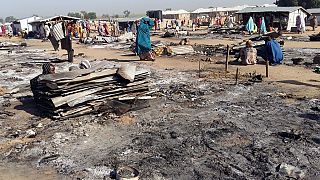 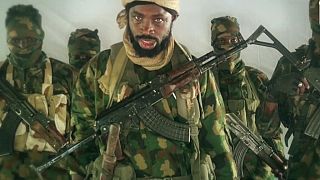