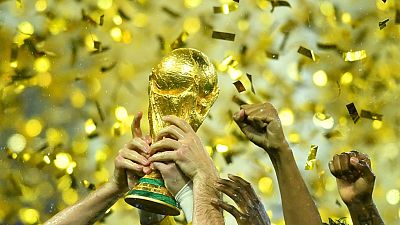 Africa and Europe could jointly host the 2030 football World Cup, if a plan by Spain to jointly bid for the hosting rights with Portugal and Morocco is successful.

“I made the proposal, firstly to the government then to King Mohammed VI to launch a shared application with Morocco, Portugal and Spain to host the 2030 World Cup,” Sanchez said in Rabat after a meeting with the monarch.

It will be the first two-continent application, with Europe and Africa, and King Mohammed VI welcomed the proposal warmly.

“It will be the first two-continent application, with Europe and Africa, and King Mohammed VI welcomed the proposal warmly.”

Earlier this year the King ordered the Royal Moroccan Football Federation to launch their own World Cup bid but the office of the Moroccan prime minister, Saad Eddine el Othmani, refused to comment on Sanchez’s statement when contacted by AFP.

The north African country has failed five times to bring the tournament to the southern shores of the Mediterranean, with the United States, Canada and Mexico most recently beating them to the 2026 competition.

Spain, the 2010 world champions, hosted the 1982 World Cup and launched a failed bid along with Portugal to stage the 2018 tournament which was awarded to Russia.

Portugal has never hosted the World Cup but held the 2004 European Championship in 2004 at which they lost in the final to Greece.

The Africa-Europe World Cup bid, is likely to face stiff competition from other European and South American bids.

Uruguay, Argentina and Paraguay have proposed a bid to coordinate the 2030 event, which will mark 100 years since the first tournament.

Greece, Bulgaria, Romania and Serbia are also considering a joint bid, as are the United Kingdom and the Republic of Ireland.

The official bidding process is set to being in 2020.