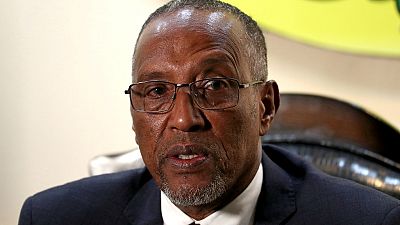 Renewed ethnic clashes in Somalia’s autonomous region of Somaliland left more than 50 people dead, according to a Puntland official and a witness.

“There has been fierce clan fighting yesterday and today. Over 50 people died but they have not been buried because the fighting is still going on,” Ahmed Ismail told Reuters from Dhumey village.

“The injured are dying of blood loss because there are no hospitals here,” he said, adding that some had been taken to hospitals further away.

The injured are dying of blood loss because there are no hospitals here.

Dhumey is in an area controlled by Somaliland, but which has been claimed by Puntland for years.

“We understand 51 people died and 120 others were injured in fighting, with clans exchanging heavy weapons fire for the second day,” Abdullahi Ali Hirsi, interior minister of Puntland, told Reuters.

In May this year, Somalia’s president Mohamed Abdullahi Farmajo called on warring factions in the Somaliland and Puntland autonomus regions to negotiate for peace and agreeable coexistence.

“It is unfortunate that other clan militias equipped and paid by Somaliland have sided with the two fighting clans. We call for ceasefire and urge the clan elders to stop the war and participate in a peace conference to be held by Puntland.”

Somaliland broke away from Somalia in 1991 and operates as an independent state but has not won international recognition.