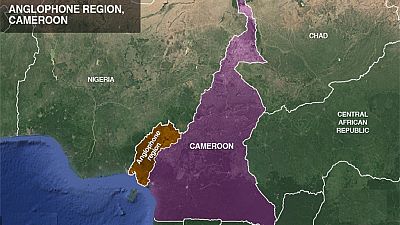 The Cameroon government admits it is facing a rolling security crisis in the Anglophone regions. A fact emphasized by incumbent Paul Biya’s admission that it was only he that could solve the deadly crisis.

A crisis that has claimed lives of state actors and separatists alike, in between ordinary citizens have been killed, villages reportedly burnt down and thousands internally displaced or seeking asylum in neighbouring Nigeria.

The majority of Cameroon’s 22 million plus people are French-speaking, while about a fifth is English-speaking. The anglophone minority has long complained about marginalization which led to protests by teachers and lawyers over a period of time.

Then came October 1, 2017; when separatists decided to make a symbolic proclamation of independence for the so-called Ambazonia, the name of the state they want to create. A heavy army deployment and subsequent clampdown was the whistle blow that kicked off an armed insurgency.

President Paul Biya ordered the army to go to the region and face off with secessionists, the ensuing duel with protesting residents led to deaths, an initial death toll of eight will rise to double figures according to Amnesty international.

Yaounde issued international arrest warrants for fifteen leaders of an Anglophone separatist party, the Southern Cameroon National Council (SCNC). The main man being Sisiku Ayuk Tabe, the self-proclaimed president of the Anglophone consortium fighting for the Ambazonia cause.

The day before, two soldiers had been murdered in the North-West capital and government confirmed that it was through the guerilla style attacks of separatists.

Paul Biya described separatists as criminals and vowed to halt their deadly attacks. His comments carried on national radio came on the back of an attack that killed two policemen. Earlier that same week, four soldiers had been killed.

The separatists hit back days later calling the president’s bluff.

The situation remained fluid with increasing spate of deadly attacks by separatists and fightback by state security forces, until early January when separatists leaders were arrested in neighbouring Nigeria.

Within three weeks, Abuja had agreed to hand over the arrested party to Yaounde despite a court order against the move. Cameroon confirmed receipt of Ayuk Tabe and 46 others from Nigeria – the move was criticised by the UN refugee agency. 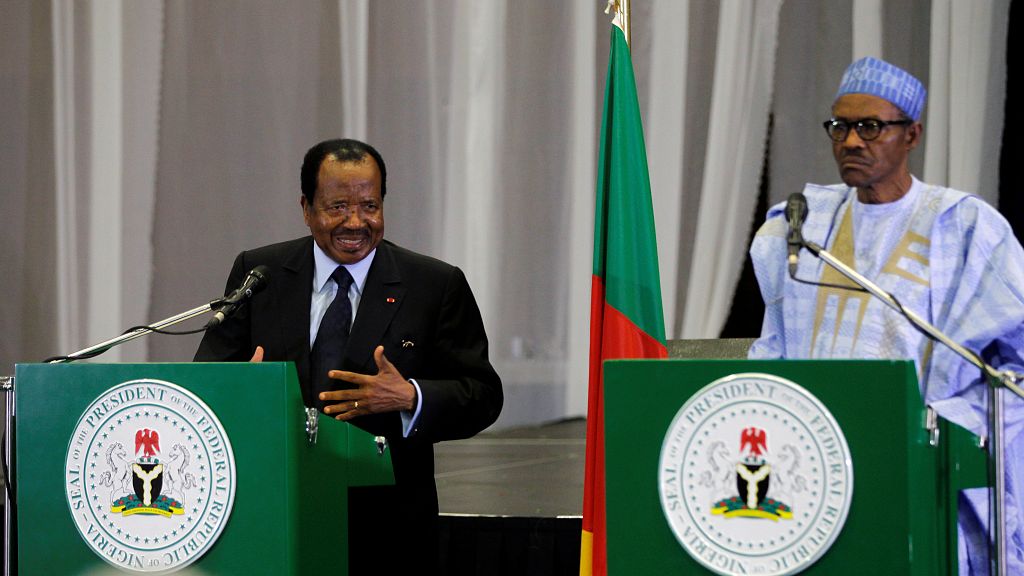 A United States Congressman took happenings in Cameroon’s restive Anglophone region to the House of Representatives (HOR) seeking a formal condemnation of Yaounde’s handling of the crisis.

Weeks after the arrest and deportation of its leaders, separatists named a new leader in the person of one Sako Ikome Samuel.

In his first address posted on YouTube, Ikome Samuel in his capacity as Acting President of the Federal Republic of Ambazonia declared that the movement had now entered an era of individual and communal self defense. 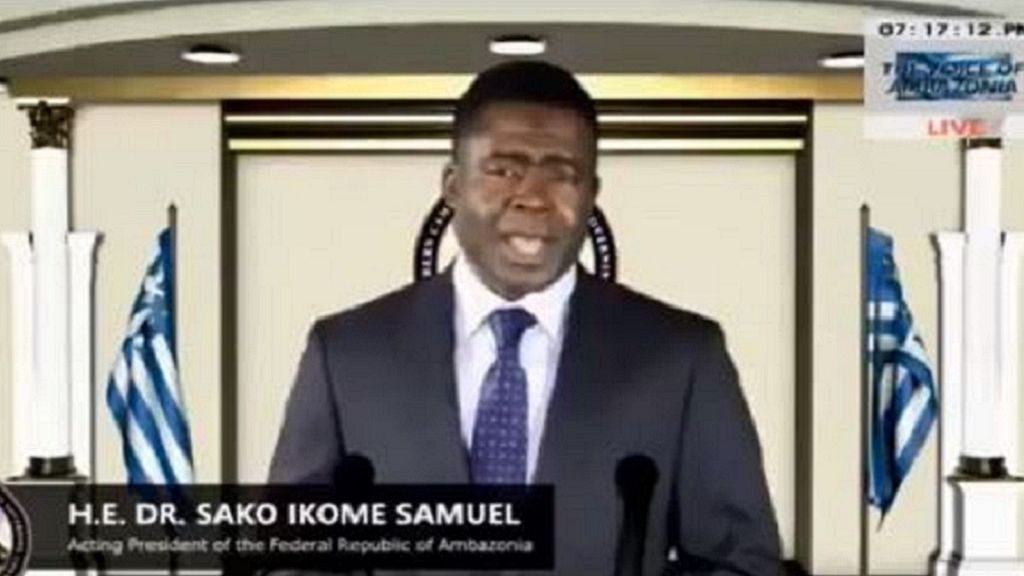 Government in what was seen as a clear plan to deal with the separatists announced the formation of a new military region created to cater for security needs in the west and northwest region, the state-owned CRTV reported.

Biya signed directives reorganizing the country’s defense forces leading to the splitting into two of the former military region [Région militaire interarmées – RMIA] RMIA 2 which was based in Douala.

The new region became the fifth (RMIA 5) and is currently headquartered in capital of the northwest region, Bamenda. It is headed by General Agha Robinson Ndong while General Julius Caesar Ellie was been appointed commander of its Gendarmerie region (RG5).

In the concluding part of this piece, we look back at government’s ‘treatment’ of the deported separatist leaders, the Catholic Church’s involvement in seeking peace. The jail breaks, trial of Mancho Bibixy and how two Anglophones finally made it into Paul Biya’s cabinet.