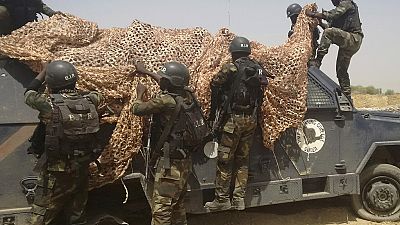 <p>Leaders of Cameroon’s separatist group have vowed to continue their attacks against security officials deployed to the restive Anglophone region. </p> <p>Their move is seen as calling the bluff of President Paul Biya who recently said their ‘criminal’ attacks were going to be halted.</p> <p>Reuters News Agency quotes two leaders of the Ambazonian Governing Council (<span class="caps">AGC</span>), as having confirmed that they were involved in the deadly attacks that claimed the lives of four soldiers and two policemen last week.</p> <p>“One of the main objectives is to clear the checkpoints that they have put on our roads. They are the symbols of occupation,” Ben Kuah, the chairman of the defense wing of <span class="caps">AGC</span> told a Reuters reporter in Dakar.</p> <p>“We will dismantle all of these military outposts that have been used to prosecute the occupation of our homeland,” said Cho Ayaba, another leading member of the <span class="caps">AGC</span>.</p> <p>President Paul Biya, last week declared war on the secessionts after they attacked and killed two policemen in the Southwest region. The two Anglophone regions of Cameroon – the southwest and northwest are under curfew following similar attacks.</p> <p>What started out as a protest against marginalization by French – majority Cameroon has culminated into an armed confrontation that has seen about 10 security forces killed so far. The government has issued an international arrest warrant for over a dozen leaders of the <span class="caps">AGC</span>.</p> <p>The ‘Anglophone crisis’ is a political agitation by minority English – speaking population in the two regions. They have long protested marginalization by majority French population and sought to declare independence on October 1, 2017; under the Ambazonia republic name.</p> <p>The attempt was met with heavy security clampdown which led to eight deaths as per official records. Rights group Amnesty International put the figure at 17. Hundreds of people were injured and mass detention especially of young people took place. </p> <p>Others have fled into Nigeria following the clashes especially in the wake of deadly fightback by separatists on Cameroonian troops.</p>