On 31 August, the Cameroon Football Association is expected to step down from the FIFA Normalisation Committee. But we’ll have to wait and see.

The Cameroonian Minister of Sports has asked Fifa postponement of this election because of “the expected period” for the poll coinciding with the presidential election, according to a statement from Fifa received Saturday.

This election of the new executive board of the federation was to be organized by the standardization committee of Cameroonian Football Federation (Fecafoot), set up by Fifa in September after the dissolution of the executive bureau of the time.

In its press release, FIFA states that the mandate of this standardization committee, which ended on August 31, is extended until December 16, 2018.

A presidential election is scheduled for Cameroon on 7 October.

Cameroon must organize the next African Nations Cup scheduled for June 2019 but doubts hang over the ability of the country to organize the competition. 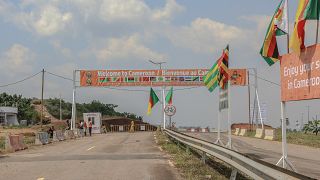