Tweeps celebrate appointment of Ngozi Okonjo-Iweala to Twitter board 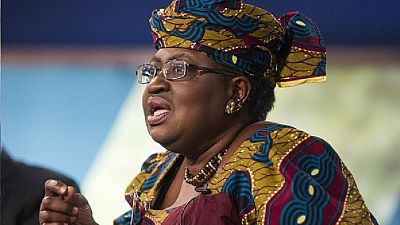 Congratulations are streaming in for former Nigerian minister Ngozi Okonjo-Iweala who was on Thursday appointed to the Twitter board.

The social media giant announced the appointments of Okonjo-Iweala and Robert Zoellick to Twitter’s Board of Directors (the “Board”) as new independent directors, effective immediately.

‘‘We’re adding Ngozi and Bob to the Twitter board. Welcome!,’‘ tweeted Jack Dorsey, CEO and co-founder of Twitter.

Twitter is a powerful platform that continues to be used as a strong connector for the global community, and I'm thrilled to be a part of the team.

We’re adding Ngozi (NOIweala) and Bob (authorzoellick) to the Twitter board. Welcome! Sadly we’re also saying farewell to our friend Marjorie (marjscar). She’s been an amazing advocate for journalists everywhere, and pushed us constantly to better inform people. Thank you M.

“We are confident they will be incredible assets to Twitter as we continue to focus on driving transparency and making Twitter a safer, healthier place for everyone who uses our service.”

Okonjo-Iweala who served as Nigeria’s finance minister from July 2003 until June 2006 sais she looks forward to ‘partnering with Twitter’s talented directors and leadership team’.

“Twitter is a powerful platform that continues to be used as a strong connector for the global community, and I’m thrilled to be a part of the team,” said Dr. Okonjo-Iweala.

“As we strive to build a better world for tomorrow, Twitter can amplify messages and drive critical conversations around today’s most important issues. I look forward to partnering with Twitter’s talented directors and leadership team as we work to leverage the power of Twitter for good.”

Excited to work with Jack and an incredible team on the Board of Twitter, a global platform that is such a strong connector of people and ideas.

“I’m honored to join a company as purposeful as Twitter,” added Zoellick.

“Twitter has made meaningful progress in expanding and encouraging global dialogue and creativity on its platform, and I’m privileged to work with Jack, Omid and the rest of the Board to continue the strong momentum underway.”

The appointment of NOIweala to twitter board is excellent. This shows that Nigerians who commits to greatness will surely get it. It's inspiring to our generation. Congratulations Ma, we Nigerians are indeed proud of you. Much appreciation to jack for finding a Nigerian worthy.

Congrats! I had the privilege to work on social media at worldbank during their tenure. NOIweala and authorzoellick will provide thoughtful and strategic counsel to Twitter. https://t.co/5xECMoq2J5

I'm very happy for the future of Twitter and more particularly, the impact it has and will continue to increase in serving the public conversation in Sub-Saharan Africa. I love Twitter; it has given the microphone to my people to be heard. Welcome NOIweala, our Naija woman. https://t.co/W9YVF0dOrR