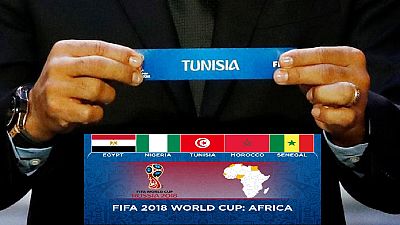 Tunisia return to the biggest football tournament in the world for the first time since the 2006 World Cup in Germany.

The Eagles of Carthage, coached by Nabil Maaloul, qualified at the expense of Democratic Republic of Congo, Libya and Guinea.

This will be the fifth World Cup that the North African country contests, although the team is yet to make it out of the group stages.

Tunisia made history at the 1978 World Cup held in Argentina by becoming the first African side to win a World Cup match, beating Mexico 3 – 1.

Tunisian football is reputed on the African continent, with both club and national teams dominating other African sides. The national team won the 2004 Africa Cup of Nations when Tunisia hosted the tournament.

Tunisia topped Group A qualification group with 14 points, recording 4 wins, 2 draws and no losses. The team scored 11 goals and conceded 4, tipping DR Congo to a qualification spot by just one point.

Indeed, as late as the last lot of games in Group A, both Tunisia and DR Congo had a chance to qualify for the football festival in Russia.

DR Congo who were playing against Guinea needed to win their game and hope that Libya beats Tunisia in the other group group, in order for the central African nation to qualify.

As it turned out, DR Congo beat Guinea 3 – 1, with two dramatic stoppage time goals, but Tunisia earned its qualification spot with a goalless draw against Libya.

Tunisia, who are ranked 14 on the FIFA World Ranking, open their World Cup campaign against England in Group G before taking on Belgium and Panama.

England is ranked 13, while Belgium and Panama are ranked 3 and 55 respectively.

Will Tunisia make it out of the group for the first time at the World Cup? We’ll share the odds of the team and the stars to look out in the Eagles of Carthage squad.

A provisional 29 man squad has been named by coach Maaloul and they will face Portugal, Turkey and Spain in preparation for the tournament.