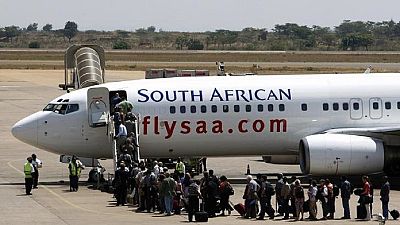 South African Airways (SAA) urgently needs a new capital injection to stay afloat and is in discussions with banks and the National Treasury for “an open credit line”, its chief executive said on Tuesday.

State-owned SAA, which has not generated a profit since 2011, is regularly cited by ratings agencies as a drain on the government purse and has already received state guarantees totaling nearly 20 billion rand ($1.6 billion).

“We do need access to capital to sustain the operations and we are having discussions with Treasury, as well as the banks around how we can have an open credit line,” Chief Executive Vuyani Jarana told parliament.

Over the next six months we will need... in the range of 5 billion rand to make sure we can support the working capital.

Asked by an opposition lawmaker when the airline would need to access billions of rands of extra state support, Jarana responded “Now”.

He later told reporters that SAA would need around 5 billion rand this year to pay down debts and for operational costs. The struggling airline has not had credit facilities since August when bank lenders pulled the plug after a debt repayment scare.

“Over the next six months we will need… in the range of 5 billion rand to make sure we can support the working capital,” Jarana said, adding that amount included arrear payments.

The National Treasury said that SAA needs an equity partner to pump money into the company to address a liquidity crisis and to help with the implementation of a turnaround plan.

The company’s results for the year to March 31, 2017, which had been delayed after the company received a 10 billion rand government bailout last year, showed a deepening loss of 5.6 billion rand, a more than threefold increase from the previous year’s 1.5 billion rand loss.

SAA will need to repay bank debts of 9.2 billion rand by March 2019, Jarana said, adding that this figure could increase.

“SAA has not been able to pay the principal amount, we’ve always been able to service the interest payments on this, so part of the strategic options we are looking at… is an optimal capital structure,” he told reporters.