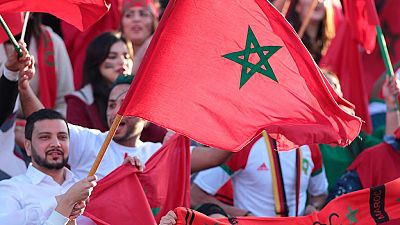 Morocco’s bid to host the 2026 World Cup went under the microscope on Monday as a task force from global soccer body FIFA arrived for an inspection visit to assess the country’s ability to host the tournament.

Morocco is the only rival to a joint bid to stage the event from the United States, Canada and Mexico with the FIFA Congress due to choose the hosts in Moscow on June 13.

Morocco’s bid committee said in a statement that the five-man task force will visit several cities between April 17-19 as well as stadiums, training camps and fan fest sites, together with other venues related to the organisation of the competition.

The task force will use a point-scoring system to evaluate the two candidates and a bid which does not meet a minimum score on a number of different points will be disqualified before the final vote in Russia.

“Morocco is offering… an innovative and compact concept to ensure operational efficiency, outstanding profitability and a lasting legacy in Morocco and Africa,” said Moulay Hafid Elalamy, president of the bid committee, in the statement.

He added that the visit would “strive to convey the vision of a humble, passionate, determined bid, but above all a professional and solid one.”

Morocco’s bid plays heavily on the country’s passion for football and its fan culture, on its relatively compact size, its proximity to Europe and climate.

Morocco has already made four unsuccessful bids to host the tournaments for 1994, 1998, 2006 and 2010, although it was close on three occasions.

The country was second to the U.S. for 1994, behind France for 1998 and just lost out to South Africa for the 2010 finals, the only time the event has been held in Africa.

Some of FIFA’s national associations have already publicly stated who they will vote for and Morocco received South Africa’s backing on Monday.

“It is an old myth that Africa doesn’t have the capacity and naysayers should stop using the political argument,” he said. “Africa hosted the best FIFA World Cup ever and with good support, Morocco can emulate South Africa.”

FIFA has 211 member associations who all hold one vote at Congress although FAs cannot vote on World Cup hosting if they are part of a bid or if they are suspended from FIFA at the time.