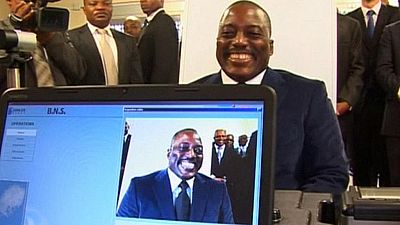 The amount was less than a quarter of the some $2.2 billion the UN has estimated is required this year to provide desperately needed aid inside DRC and to Congolese refugees in neighbouring countries.

But UN humanitarian chief Mark Lowcock stressed that the expectation had never been to raise the entire amount in one conference.

“I am pleased with the progress,” he told reporters, highlighting that a number of countries which had not yet made pledges had indicated they planned to do so soon.

Around 100 delegations, including from 54 UN member countries, took part in Friday’s conference.

But the DRC itself was conspicuously missing. The government has accused the UN of exaggerating the crisis and is boycotting the event.

That move has deepened political divisions in a country facing mounting strife, while its legacy of ethnic conflict, corruption and instability are combining with political tensions to spark fears of bloodshed.

The growing violence has worsened an already dire humanitarian situation in several areas, with underfunded aid agencies struggling to keep up with the needs.

In a video address to Friday’s conference, UN chief Antonio Guterres warned that the DRC was “experiencing one of the world’s largest humanitarian crises.”

“Millions of people are suffering,” he said, warning that “the single biggest obstacle is the lack of funding.”

In January, the UN and Kinshasa said $1.68 billion was needed in 2018 to provide urgently needed assistance to some 10.5 million people inside the country.

The UN refugee agency has meanwhile said another $508 million is needed to support more than 800,000 Congolese refugees in surrounding countries, as well as the some 540,000 refugees from the Central African Republic, South Sudan and other countries who have fled into DRC.

Friday’s conference got off to a strong start, with co-host Christos Stylianides, the European Commissioner for humanitarian aid and crisis management, pledging 77 million euros ($95 million) of EU aid inside the DRC this year.

DRC’s former colonial power Belgium meanwhile announced that it would give 25 million euros this year, up from 17 million in 2017.

In a statement, a coalition of humanitarian organisations warned Friday that the dire underfunding had forced them to cut back on essential aid, including providing food, water and safety to people fleeing violence.

“The lack of funding forces us to make choices we shouldn’t have to make,” Jose Barahona, Oxfam’s Country Director in DRC, said in the statement.

“We are disappointed that too few countries sent a real message of hope to the millions of Congolese children, women and men in desperate need of assistance,” he said in a statement.

In all, the UN estimates that 13 million Congolese need aid, including 7.7 million who are food insecure, and 4.5 million internally displaced people.

The DRC has angrily contested the UN figures, with humanitarian affairs minister Bernard Biango putting the number of IDPs at just 231,241.

Aid bodies and NGOs are propagating a “bad image of the Democratic Republic of Congo throughout the world,” Prime Minister Jose Makila charged last month.

The government has meanwhile promised $100 million “to ease humanitarian distress” and earmarked $10 million to help refugees or those internally displaced to return home.

Lowcock hailed that pledge and said “the government of the DRC is providing the leadership on this crisis.”