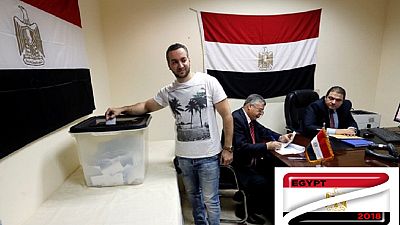 The National Election Authority (NEA) in Egypt has said voting in the diaspora is going on smoothly, with no complaints or irregularities received by the NEA in the two days of voting so far.

Egyptians abroad began voting on Friday, ten days before polls open at home in a presidential election that President Abdel Fattah al-Sisi is effectively guaranteed to win, but in which turnout could provide an indication of his popularity.

NEA spokesperson Mahmoud al-Sherif told journalists at a press conference on Saturday that the highest electoral turnout was observed in the Gulf States.

Sisi’s only challenger, Mousa Mostafa Mousa, who leads a party that had initially backed the Egyptian president’s bid for re-election, said the high voter turnout delivered a message of determination and persistence to the world.

Other opponents halted their campaigns citing intimidation by the authorities. One top challenger was jailed.

Voting will take place in Egypt over three days from March 26-28.

Sisi in recent days has echoed calls he made in 2014, just before he was first voted into office, urging Egyptians to turn up to polling stations worldwide.

A year after toppling Egypt’s first competitively elected leader, Mohamed Mursi of the Muslim Brotherhood, after mass protests against his rule, Sisi won nearly 97 percent of the vote in 2014.

Fewer than half of eligible Egyptians voted in that election even though it was extended to three days.

“I’ve come to vote for the continuation of safety and security in Egypt,” Mohamed Zaghloul, 47, told Reuters at the Egyptian embassy in Khartoum, capital of neighboring Sudan, where dozens of people were lined up to vote.

State television showed hundreds of voters crowding outside the Egyptian embassies in Kuwait, Saudi Arabia and the United Arab Emirates.

Other Egyptians abroad said they would have nothing to do with the vote.

“Bottom line is that the election process is a sham. The fig leaf of democracy is so see-through that even Moussa Mostafa, the only contender who ran to meet the cut-off, is hardly taking the race seriously. With such a predetermined outcome, what’s the point?” said a 40-year-old Washington, DC-based Egyptian.

He asked that his name be withheld for fear of reprisal from the authorities back in Egypt.