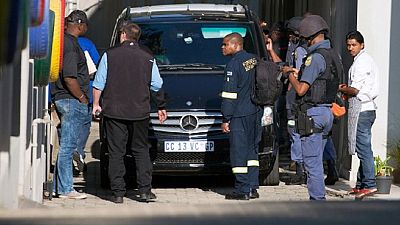 Indian tax inspectors raided on Tuesday premises of the Gupta family which is at the centre of a corruption scandal involving South Africa’s former president, Jacob Zuma, on suspicion they were bringing money into their native country, an official said.

South Africa’s anti-graft watchdog has accused the India-born Gupta brothers of using their friendship with Zuma to influence policy and amass wealth.

Zuma and the Gupta brothers deny any wrongdoing.

They make all kind of illegal money there outside, these are the allegations which we want to look into.

Amrendra Kumar, a senior income tax official in India’s Uttar Pradesh state, told Reuters that the Gupta brothers were suspected of finding ways to bring “illicit money” they had earned abroad into India.

“We want to look into blocking that possibility,” Kumar said by telephone, adding that he was involved in ongoing raids.

“They make all kind of illegal money there outside, these are the allegations which we want to look into,” he said.

The three Gupta brothers, Atul, Ajay and Rajesh, went to South Africa in the early 1990s and built a commercial empire stretching from computers to mining and media.

Last month, South African police raided Gupta properties there as part of an investigation into their dealings.

South Africa’s chief prosecutor declared Ajay Gupta a “fugitive from justice” after he failed to report to police investigators.

On Tuesday, Indian officials conducted raids at residences of the Guptas in the town of Saharanpur in Uttar Pradesh and the nearby town of Dehradun, as well as one of their offices in the capital, New Delhi, Kumar said.

A top judge in South Africa will investigate whether the Guptas sought to influence the appointment of cabinet ministers there and were unlawfully awarded state tenders.