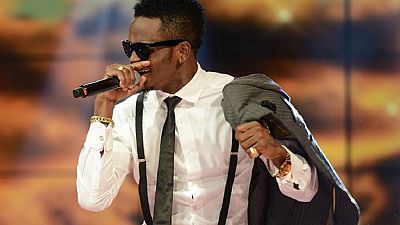 Tanzania has banned 13 local songs on grounds that they are against the country’s norms and values.

Tanzania Communications Regulatory Authority (TCRA) announced the ban on Wednesday after receiving a list of the songs from the National Arts Council of Tanzania (Basata).

“The said records have lyrics which violate ethics of regulations of broadcasting services (Content) 2005,” TCRA said in a statement to media.

The said records have lyrics which violate ethics of regulations of broadcasting services (Content) 2005.

Top Tanzanian pop artist Diamond Platinumz is one of the people affected by the ban. His songs Hallelujah and Waka are on the list of prohibited songs.

Magufuli enjoyed popular applause from Tanzanians and admirers beyond his country when he implemented a rarely seen crackdown on wastage of public resources after being elected in 2015.

His actions including unannounced visits to government facilities and cancellation of Independence celebrations inspired a hashtag on social media, #WhatWouldMagufuliDo. Many were singing his praises.

His popularity has however dwindled as he has come under sharp criticism over some of his policies and clampdown on opposition.

Not as dramatic as opposition figures killed, free speech threatened or protesters shot at, but this another sign of where #Tanzania is heading/has headed https://t.co/nTfuuXo1l0

President Magufuli Reforms are too much .You can't cap and put a lid on every thing.Tanzania will be isolated, Kenya should ban Bongo music

Some of the decisions that have attracted public wrath include his declaration that young girls who become pregnant while in school should not be allowed to finish their studies after giving birth.

Last year, he also sparked public outrage when he pardoned two musicians who had been handed life sentences for raping 10 young girls.

Magufuli has also been accused of cracking down on the media, opposition and targeting politicians critical of his leadership.