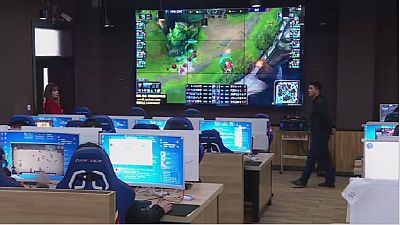 Playing a video game in the classroom? It is permitted and even compulsory in this school in China, where students are trained to become eSport professionals, a sector in full boom worldwide.

“Damn it, I’m dead!” exclaims a student in front of his computer. At his side, dozens of boys between the ages of 14 and 23 are tapping on their keyboard, staring at a flat screen: the course started at Lanxiang Technical High School in Jinan (east).

eSport has become a professional discipline, with players competing for money in tournaments organised in halls and stadiums. These competitions, also broadcast on the Internet, are sometimes watched by millions of people.

It’s a hobby for me, I loved playing video games very much, it’s a new profession, I think it’s promising. I want to give it a shot, I’m still young and I have time to dedicate to it,” said Teng Xin, a student at this high school.

“When I started, my parents were against it, but I love to play so much. When I showed them how much I love it and will persevere, my father understood and agreed that I would come here to study,” said another student Song Jinze.

In 2018, the sector is expected to generate USD 906 million (’ 732 million) in sales worldwide, according to the specialized firm Newzoo, with China accounting for 18% of the total. In this country, 260 million people play eSport games or watch competitions, according to the Chinese company iResearch.

In the beginning, parents thought it was all about playing video games… In fact, it’s not the case, pro-gaming is developing enormously, and it has become a factor in a market economy. That’s the situation,” said Lanxiang Technical High School director Rong Lanxiang.

According to the Chinese law firm CNG, eSport in China employs 50,000 people, but it would take 260,000 more to fill all its job vacancies.

The studies last three years. After a first common year, with 50% practice and 50% theory, the pupils are separated. The best are trained to become professional players, the others learn the management of eSport 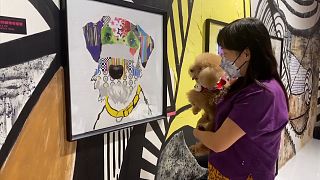