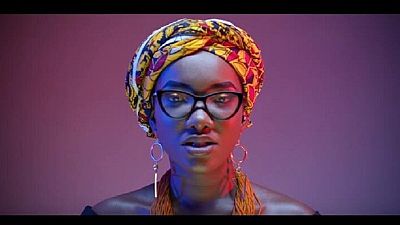 Discussions in Ghana’s media space – radio, television and social media, on Friday January 9 has been dominated by the death of a 21 – year – old female artiste.

Known by her stage name Ebony Reigns, Priscilla Opoku-Kwarteng, died in an accident in the country’s middle belt. Two other occupants of the car she was travelling in also died.

Police in the town of Mankranso in the Ashanti region confirmed that a Jeep she was travelling in run into a popular mass transport, the VIP bus.

Born on February 16, 1997, the artiste whose songs have been popular over the past two years was only a week shy of her 21st birthday.

Her name (#Ebony #RestInPeace) have been on top of Ghana’s twitter trends with people expressing shock at her death. It has also brought into focus the issue of deadly road accidents. Ghana has in the past lost young entertainers to road crashes.

I woke up to this nauseating breaking news that has left me in horripilation. Ebony (dancehall musician) is confirmed dead in a gory car accident only a few days to her 21st birthday. What an energetic and commanding performer. R.I.P. Ebony. #ygf pic.twitter.com/XqoAvbhmGk

“Ebony was the hottest and strongest female artiste in the country at the moment.

Her contribution to the music industry over the last year cannot be overemphasized. This is sad.

May her soul Rest In Peace”. – Francis Doku {TheGHMediaGuru}.#JoyUpdates!#Joy997FM! pic.twitter.com/ZsJJn8ynPM

I admonished her and asked her to turn to God. I told her to check her dressing among others. She was very happy we had that conversation as well - Dr. Lawrence Tetteh #MorningStarr

Joy997FM
So who has pressed that button to have our diva, Ebony, pass on sadly?
My potential artiste of the year, Most popular song of the year, every award I can think of.
Ooh! I'm truly down. God helps us all especially in this particular month.

Damn! This world is getting scarring day in, day out. This is extremely a heart breaking news. Hmm! ebony_reigns ? ? ? ? ? ? pic.twitter.com/fh0EXjTm5G

Just thinking how disruptors especially in the creative arts seem to breeze through this stage called life. Terry Bonchaka and Suzzy Williams all over again.

At the crack of dawn.