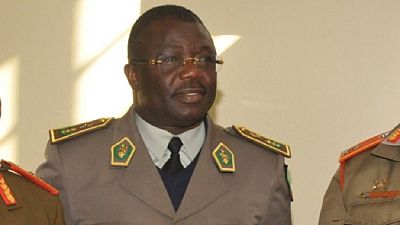 An officer of the Congolese army, close to President Denis Sassou Nguesso has been arrested in the capital, Brazaville over suspicions of attempting to overthrow the regime.

‘‘General Norbert Dabira was arrested yesterday (Wednesday) by the police. He spent the night in DGST (Direction générale de surveillance du territoire) and is still there for questioning,” an officer told AFP on condition of anonymity.

“It seems he wanted to overthrow the government in 2017,” she added with no further precision.

It seems he wanted to overthrow the government in 2017

Reported abundantly by social networks for 24 hours, the news of General Dabira’s arrest was confirmed Thursday to the AFP by a police source.

General Dabira is 69 years old, a native of the Cuvette (north) like Sassou Nguesso, to whom he is very close, and is a former inspector of the Congolese Armed Forces and a former High Commissioner in charge of the reintegration of ex-combatants. He owns a television channel, Digital Radio Television (DRTV).

The arrest of General Dabira comes at a time when opponents accused of disturbing public order and undermining the internal security of the State have been held in detention for several months without trial.

Among them were General Jean-Marie Michel Mokoko, 70, former chief of staff of the Congolese army, and former minister André Okombi Salissa, both of whom were candidates in the disputed 2016 presidential election.

The latter could be tried in the first quarter of 2018, according to President Sassou Nguesso’s wishes.