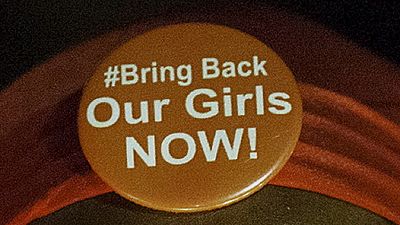 The Nigerian army on Thursday (January 4, 2018)reported finding another Chibok girl held in captivity by the militant group Boko Haram.

A statement from the army said Salomi Pogu was one of the over 270 students who were abducted in 2014 when their school was raided by the militants.

She was found along with another girl, Jamila Adams in the town of Pulka in the northeast Borno State. The army added that the girls were in the safe custody and were receiving medical attention.

So far, preliminary investigations reveal that the young girl identified as Salomi Pagu is the same as the Chibok girl published on serial 86 of the online list of abducted Chibok girls.

“Currently the girl who was intercepted in the company of another young girl, Jamila Adams about 14 years old with a child are in the safe custody of troops and receiving medical attention,” they added.

The Bring back Our Girls (BBOG) group also confirmed that the found girl was on their list of abductees. According to them, there are 112 more girls held by the terrorist group.

BBOG, has been a rallying point around the call for government to rescue the Chibok school girls in particular and other persons held by Boko Haram. The movement still maintains a global appeal and does a daily count and demand for release of the remaining girls.

Thursday January 04, 2017 marked the 1,361st day the abduction took place when Boko Haram raided the Chibok Girls Secondary School and made away with the girls. Some escaped on the night, whiles the government entered negotiated release of over 60 of them.

Our returned #ChibokGirl Solomi Pogu is #15 on this publicly available list. 112 more #ChibokGirls to go! pic.twitter.com/0FSUoevraY

One was found today ??#112MoreToRescue #NeverToBeForgotten
Day 1361 of Abduction pic.twitter.com/cNS0bh3bjn