French singer Johnny Hallyday dies at 74 after battle with cancer 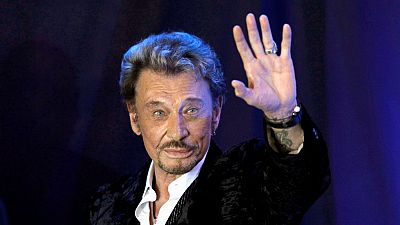 Johnny Hallyday, a singer known as the “French Elvis” who helped popularize rock ‘n roll in his country, has died at 74 after a battle with cancer, the office of the French president said on Wednesday.

“For more than 50 years, he was a vibrant icon,” President Emmanuel Macron’s office said in a statement.

Hallyday sold more than 100 million records and his gravelly voice and cowboy swagger won him an army of followers in France and elsewhere in the French-speaking world.

“Johnny Hallyday has left us,” the singer’s wife, Laeticia, said in a statement to Agence France Presse. “I write these words without believing them. But yet, it’s true. My man is no longer with us.”

An agent for Hallyday did not immediately return a call or email seeking comment.

Hallyday, who issued his first recording in 1959, had been preparing a new album and stage tour when news of his treatment for respiratory difficulties in a Paris hospital was announced last month.