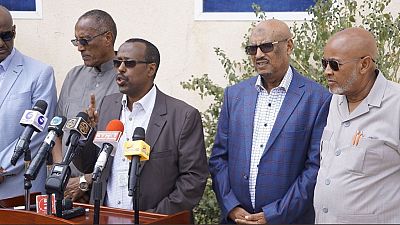 Somaliland’s decision to ban social media during its election on November 13 has been challenged by the country’s human rights body at the Supreme Court.

The Somaliland Human Right Centre submitted a petition to the court to halt the move by the National Electoral Commission (NEC) which said on Friday that the shutdown will be observed from Monday until the results are announced.

The NEC said it was necessary to block social media to avoid the spread of fake news and rumours.

The court’s ruling is expected by Monday ahead of the opening of polls.

The self-declared independent state of Somaliland ended its campaign on Friday ahead of its third elections on Monday.

They marched together through the capital Hargeisa on Saturday holding hands to depict unity and call for peace as the country goes to the polls. They addressed the media after a meeting with the Electoral Commission.

Today in #Hargeisa. This is how we do it in #Somaliland #SLelection2017#SomalilandVotesNEC2017 pic.twitter.com/j1dOI7u1HE

This election is touted to be the first incident-free polls to be held in the Horn of Africa.

Somaliland’s decision to block social media follows those of Uganda, Congo, Chad, Gabon, Niger, and Gambia where internet connection was blocked during their elections last year. The blockade did not reduce controversies during those elections.

NEC Chairperson Abdukadir Iman Warsame said everything is ready for the election on Monday.