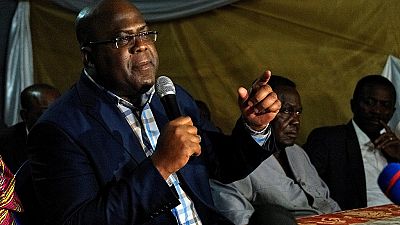 Around 43 million voters have been registered for the vote so far, Corneille Nangaa told a news conference in Democratic Republic of Congo’s capital, Kinshasa.

The election will be held on December 23, 2018, with the results to be published on January 9, 2019, and the president to be sworn in on January 13, another official from the Independent Electoral Commission (CENI), Jean Pierre Kalamba, told the same news conference.

The election, originally scheduled for late 2016, has been repeatedly delayed.

Those delays have triggered unrest and raised fears the central African nation could slip back into the conflicts that killed millions around the turn of the century, mostly from hunger and disease.

The electoral commission had said last month that the presidential vote could not take place until April 2019 at the earliest, and the opposition had warned that the population would “take matters into its own hands”.

“The predatory regime wants to prolong the instability and misery of the people. We do not accept this fantasy calendar,” exiled opposition leader Moise Katumbi tweeted.

Dozens died in protests against Kabila’s refusal to step down at the end of his constitutional mandate last December.

U.S. envoy Nikki Haley said during a visit to meet with Kabila last month that the vote must happen in 2018 or it will lose international support.

With no imminent election in sight, a political crisis has set in that is fuelling increasing militia violence and lawlessness in Congo’s east and centre.

Clashes between Congolese troops and supporters of a renegade colonel in Congo’s eastern city of Bukavu killed seven people on Sunday before he surrendered and turned himself in to U.N. peacekeepers.

Kabila has ruled Congo since his father was assassinated in 2001. He says delays are owing to problems registering millions of voters across the vast, forested country.

Opponents say he is using them to eventually remove term limits that prevent him from standing again, as presidents in neighbouring Rwanda and Congo Republic have done. He denies that, but has not categorically said he will step aside.