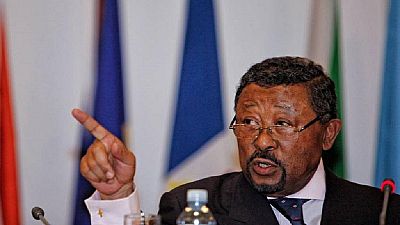 Gabon opposition leader Jean Ping on Saturday said he would try to scuttle proposed changes to the country’s constitution, describing draft changes as “autocratic” and liable to violate the principle of separation of powers.

“We must thwart this constitutional revision,” Ping told a crowd of supporters in an address at his home in capital Libreville.

“We need to derail it because it carries the seeds of the Republic’s liquidation and… the establishment of a kingdom in Gabon”.

The proposed changes specifically focus on “determining the relationship between the president and the government in case of cohabitation”, “strengthening parliament’s oversight powers” and the creation of a Court of Justice to prosecute senior officials.

Adopted in late September by the cabinet and soon to be debated in parliament, the draft includes decisions agreed during a political “dialogue” that took place at the presidential palace in March, in an effort to resolve a crisis sparked by President Ali Bongo’s re-election in August 2016.

Ping, a 74-year-old career diplomat defeated by Bongo by just a few thousand votes, maintains he was the winner of the poll, in defiance of Gabon’s Constitutional Court, which upheld Bongo’s victory.

The court ruled that Bongo won 50.66 percent of the vote and Ping 47.24 percent, leading the opposition leader to accuse the administration of electoral fraud.

Violence broke out days after the vote, and opposition figures say more than 50 people were killed in clashes. The official toll was only three dead.

Under pouring rain, Ping said the draft constitutional revision is a “violation of the principle of separation of powers” and “autocratic.”

He added that “the struggle for our country’s liberation must continue to be a vital issue”.

However, popular mobilisation has weakened over the past month.

In September, a number of demonstrations were held in support of Ping in cities around the country, leading to numerous arrests and clashes with police in the capital and the seaport of Port-Gentil.

Bongo took over power from his father Omar Bongo, who ruled for 41 years until his death in 2009. His second mandate has received a cool reception from the African Union, EU and United Nations.