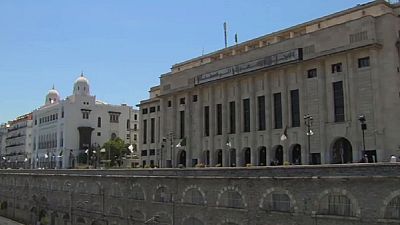 Several Algerian opposition parties have denounced the “arbitrary” rejection of many of their lists for the municipal and provincial elections of November 23, accusing the power of wanting to take control of local assemblies.

From laymen of the Rally for Culture and Democracy (RCD) to Islamist formations – including the Movement for Society for Peace (MSP) – through the Socialist Front (FFS, left), older opposition party: all have reported to AFP many applications or lists invalidated for reasons deemed futile or misleading.

In the first place, they say, the prefectures, responsible for receiving the files, went well beyond the provisions of the electoral code which prohibits to be a candidate in case of “final conviction” resulting in a “deprivation of liberty”.

The regime wants to be sure that most of the communes are subservient to it.The candidates become indebted to an administration that has accepted their name.

Some sixty candidates of the Islamist alliance El Binaa-Ennahda-FJD have been recalibrated, “some for unpaid fines”, others “for + threat to security”, while they are not subject to prosecution or conviction, “said Khelifa Hadjira, one of the leaders of this coalition.

All these candidates had been able to present themselves last May in the legislative elections, he argued.

“The administration wants to control + its elected” it wants “loyal”, says AFP Belkacem Benzenine, researcher at the Center for Research in Social and Cultural Anthropology (CRASC) of Oran.

He says to see in this rejection of the lists of the opposition “the sign par excellence of the clientelism which settles on all the levels”.

Professor of political science at the University of Algiers, Mohamed Hennad believes that “the regime wants to be sure that most of the communes are subservient to it”. According to him, “the candidates become indebted to an administration that has accepted their name”.

The ruling parties did not respond to the attacks but announced their participation in all 1,541 communes and 48 departments of the country.