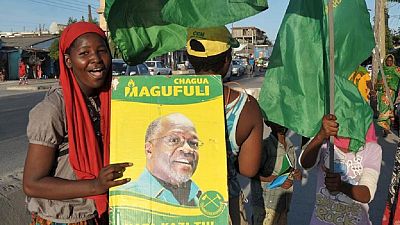 Tanzania President, John Magufuli, on Thursday reacted to a gun attack on an opposition lawmaker. He tasked the security agencies to get to the bottom of the issue as quickly as practicable.

“I’ve been saddened by the gun attack on Tundu Lissu, I’m praying to Almighty God that he may recover soon,” a translation of the first of two tweets issued in Swahili read.

“Authorities should pursue all the perpetrators of this inhumane act and hand them over to the legal system,” the second one said.

Authorities should pursue all the perpetrators of this inhumane act and hand them over to the legal system.

Tundu Lissu, described as a fierce critic of Magufuli was shot and wounded by unknown gunmen in the country’s administrative capital, Dadoma, he was sent to the hospital for treatment.

The main opposition, CHADEMA, and the ruling Chana Cha Mapinduzi – CCM, both condemned the attack.

“The party condemns this violent act and wants the police authorities to search, investigate and take legal action against anyone associated with this heinous act.

“The leaders of CCM are praying for brother Lissu and wish him a speedy recovery so that he may continue with his parliamentary duties,” CCM’s statement said.

Lissu, a trained lawyer is on record to have labeled Magufuli as a dictator and has previously been arrested for accusing the government of corrupt deals.