First museum opens in Somaliland to preserve history of its secession 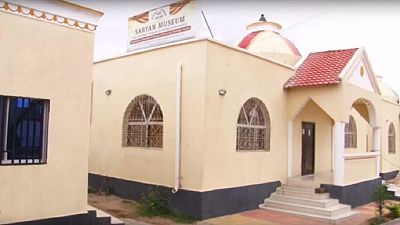 Somalia’s breakaway region of Somaliland has inaugurated its first museum to preserve the history of its self-declared independence in 1991.

The Saryan Museum built in the Somaliland capital Hargeisa was founded by Saed Shukri Hussein, one of the liberation fighters of the autonomous region, local news portal Horn Diplomat reports.

Among the collection at the museum are exhibits from the Somali National Movement (SNM) which fought for the region’s independence.

The SNM fought against the government of the Somali Democratic Republic’s military ruler Siad Barre who ruled from 1969 to 1991 after a coup.

Four militia groups including SNM led a rebellion that ousted the Barre regime.

The SNM declared the northwestern Somali regions independent and established the Republic of Somaliland after disagreements with the other rebel groups.

With a population of about 4 million, Somaliland can boast of an army, its own currency and legal system, and is appreciated for holding credible elections.

The territory has been experiencing stability, economic prosperity and has been influential in the fight against piracy and terrorism in the horn of Africa.

The territory has been under pressure to hold unity talks with Somalia which have so far been futile.