'Let's make our victory a party for all' – Angola's ruling party 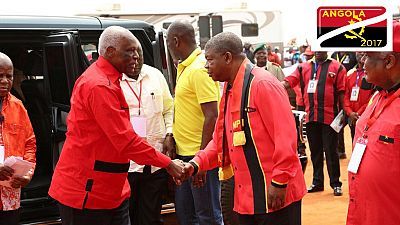 Angola’s ruling MPLA have called on its supporters to exhibit decorum and maturity in the wake of their all but certain poll victory.

They also called on opposition parties to admit their loss and duly congratulate the winners of the August 23 election.

It's time to change our mindset and create a culture of acceptance of the results (this is called change).

Subsequent messages read: “It’s time to respect the will of the people, who went to the polls and chose who deserves to rule Angola.

“It’s time for winners to take your victory with dignity and respect for those who didn’t win. Let’s make our victory a party. It’s time losers take the defeat and call the winner to congratulate him.”

The party has polled over 60% of votes cast with 97% of the ballots having been tallied by the electoral body. The main opposition UNITA have said they reject the preliminary results but they were going to use legal means to seek redress.

The main highlight of the election is that it draws the curtain on one of Africa’s longest serving eras. President Jose Eduardo dos Santos, 74, steps down after 38 years in charge. He will, however, remain leader of the MPLA.

His potential successor and president-elect, Joao Lourenco, will thus become the third president in the country’s history. The first, Agostinho Neto, died four years after independence in 1975, before dos Santos took over.