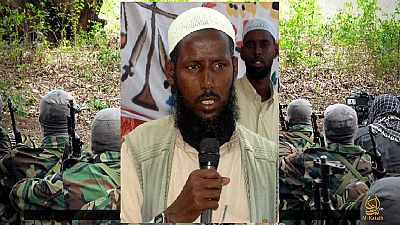 The United States has confirmed dropping a $5m bounty placed on information leading to the capture of a former deputy leader of Somalia’s insurgent group, Al-Shabaab.

A Voice of America journalist reported that the US State Department confirmed withdrawing its reward offer for Sheikh Abu Mukhtar Robow.

Robow broke ranks with the group due to disagreements with a former leader, Ahmed Abdi Godane, who was killed in a 2014 U.S. missile strike.

He now commands a clan militia after leaving al-Shabaab to his hometown called Abal, located in Somalia’s Bakool region.

The U.S. State Department placed the $5m bounty on Robow five years ago, at a time that he was second in command. He previously served Al-Shabaab in the capacity of spiritual leader, military commander and group spokesperson.

They control large parts of the rural parts of the Horn of Africa country. They enforce compliance to strict Islamic rules including cutting hands of thieves and stoning to death. They have their own courts, police and educational systems.

The new Somali government has vowed to crush the militants in two years. President Farmaajo recently offered them amnesty and asked them to come to the negotiation table.

The group has continually called the government’s bluff and has claimed a series of bomb attacks on civilian populations and some military installations. A 2016 Intergovernmental Authority on Development (IGAD) report labeled the group as a transnational security threat in East Africa.

Neighbouring Ethiopia also has a military mission in the country but has recently withdrawn some of its troops due to anti-government protests of 2016. The government has denied the claims.