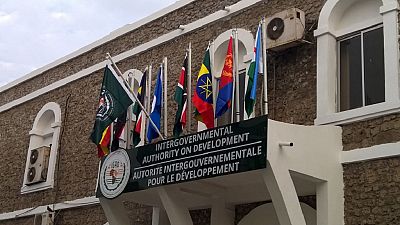 The Intergovernmental Authority on Development (IGAD) has officially labeled al-Shabab militants as a transnational security threat in the East Africa region.

This view was contained in the IGAD’s report titled Al-Shabaab as a Transnational Security Treat. The report likens al-Shabab to the Islamic State group, with capablities to recruit young people beyond its power base.

The report stated that al-Shabab (real name Harakaat Al-Shabaab Al-Mujaahidiiin) had long been perceived as a Somali-organization even though it represented a threat to the wider East African region.

Al-Shabaab is clearly no longer an exclusively Somali problem, and requires a concerted international response.

Chronicling a trend of attacks from the group, the report in its executive summary states that, ‘‘Al-Shabaab is clearly no longer an exclusively Somali problem, and requires a concerted international response.’‘

IGAD SSP today officially launched the report on Al-Shabaab as a Transnational Security Threat. The report is… https://t.co/zRaSdIAW7C

The reports suggests that al-Shabab, Al-Qaeda’s affiliate in the Horn of Africa, had a presence in five countries: Kenya, Ethiopia, Djibouti, Tanzania and Uganda and was working hard to extend its tentacles across the region.

On measures IGAD was taking to tackle the terrorist menace, the report disclosed that ‘‘Member States are fully cognizant of the threat posed by Al-Shabaab and most are actively engaged in trying to degrade and defeat the organisation.’‘

The militant group has been exchanging fire with Somali forces and the African Union force in the country (AMISOM). They have been recording losses in recent combats, their most recent casualty being the killing of the mastermind of an attack on Kenya’s Garissa university college.

The Garissa attack occurred a little over a year ago (April 2015), 365km northeast of the Kenyan capital Nairobi, and resulted in the loss of 148 lives including 142 students.

Most victims were killed in their dormitories, whiles others were gathered and executed in a hall of residence. According to reports, the entire operation was carried out by four al-Shabab fighters.

The attack was the second bloodiest in Kenya since al-Qaeda bombed the US embassy in Nairobi in 1998, killing 213 people.