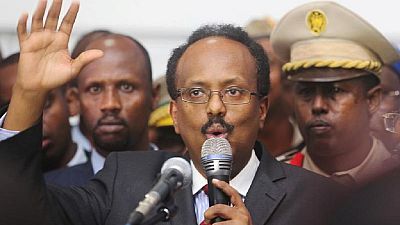 Somalia’s new President, Mohamed Abdullahi Mohamed ‘Farmajo,’ has placed a $100,000 reward on information leading to the prevention of a car bomb attack in the country.

The President made the pledge over the weekend when he visited victims of the latest al-Shabaab attack in the capital, Mogadishu. ‘‘My promise to you as president, if you hear me, i will give you $100,000 if you report a car bomb plot before it’s detonated,’‘ he said.

The president disclosed that some 900 civilians were killed in al-Shabaab attacks in 2016. He also promised to pay for the medical treatment of those injured and to support families of those killed in the attacks.

My promise to you as president, if you hear me, i will give you $100,000 if you report a car bomb plot before it's detonated.

#Somalia's new president, Mohamed A. #Farmajo, offers a $100,000 reward to anyone who supplies info leading to the prevention of a car bomb. pic.twitter.com/hqViVeq1ML

The latest casualty figures from Sunday’s suicide car bomb attack has reached 41 as at Monday morning. It is the deadliest since Farmajo took office last week, according to local officials and witnesses.

It was also the attack is first of its kind in Mogadishu since February 8, i.e. since his election. Two children were reported killed by a mortar attack on the day of the handing over ceremony between Farmajo and his predecessor, Hassan Sheikh Mohamud.

This type of attack is generally attributed to the al-Shabaab militants, who were driven out of the capital in 2011, but they continue to control large rural areas and carry out attacks against the Somali military and those of the African Union mission in Somalia (AMISOM).

Al-Shabaab via an audio message over the weekend denounced the electoral process that elected Farmajo, the group described him as an evil-minded apostate and warned Somalis against supporting him. 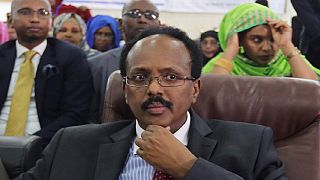 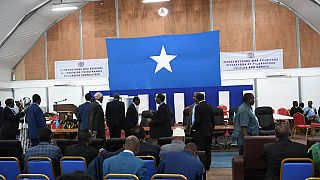 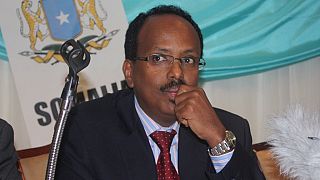