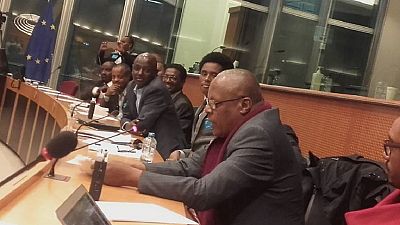 International Rights Group, Human Rights Watch (HRW), has accused the Ethiopian government of turning back on its public promise to undertake reforms and to address the tense political climate in the country.

HRW’s latest position is contained in a piece authored by its Senior Researcher for the Horn of Africa, Felix Horne, in reaction to the recent charge brought against a leading opposition activist, Dr Merera Gudina.

60-year-old Gudina who is chairman of the Oromo Federalist Congress (OFC) was charged with terrorism last Thursday along with two others – Dr Berhanu Nega of opposition group Ginbot 7 and Jawar Mohammed of Oromia TV.

Instead of responding to criticism with yet more repression, the Ethiopian government should release opposition politicians jailed for exercising their basic rights, including Bekele and Merera.

‘‘Instead of taking actions that would demonstrate genuine resolve to address long-term grievances, the government again used politically motivated charges to further crack down on opposition parties, reinforcing a message that it will not tolerate peaceful dissent.

‘‘This raises serious questions regarding the government’s commitment to “deep reform” and dialogue with the opposition. Instead of responding to criticism with yet more repression, the Ethiopian government should release opposition politicians jailed for exercising their basic rights, including Bekele and Merera,’‘ the statement added.

Merera according to HRW was being held at the Maekewali prison where mistreatment and torture are commonplace. Aside Merera, the OFC’s deputy chairman, Bekele Gerba is also presently standing trial along with scores of journalists and protesters charged under a 2009 anti-terrorism law.

Days after the imposition of a six-month state of emergency by the government, the Prime Minister, Hailemariam Desalegn, said the government was committed to broadbase political reforms. The European Union chief and German Chancellor all weighed in for such efforts to be all-inclusive.

The government has had cause in the past to accuse HRW of being behind the protests of last year due to their inaccurate reportage on issues in the country.

Dr. Tedros Adhanom Ghebreyesus, Ethiopia’s immediate past Minister of Foreign Affairs asserted in an October 2016 article titled, ‘Human Rights Watch encourages opposition violence in Ethiopia,’ that the rights group was stoking the fire in the country. 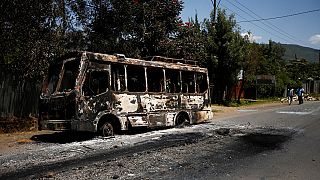