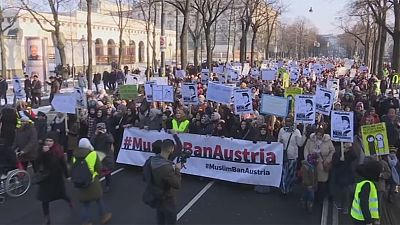 Defending what they say is a woman’s right to choose, some 3,000 people have marched through Austria’s capital, Vienna, to protest at government plans to ban full-face Muslim veils in public spaces.

The group ‘Muslim Youth Austria’ organised the rally against the proposed ban on veils such as the burqa and niqab.

It is part of a package of measures put forward by the coalition government, aimed at countering the rise of the far-right.