The International Monetary Fund (IMF), has called on the international community to support economic recovery efforts in the Central African Republic (CAR).

This was said by the IMF managing director Christine Lagarde as she was concluding her two-day visit in CAR where she met President Faustin-Archange Touadéra and other officials to assess the IMF’s actions to boost CAR’s economy.

Last year, donors pledged 2.2 billion US dollars for CAR, which is trying to recover from three years of sectarian strife that has left the country dependent on United Nations peacekeepers.

The visit comes two months after the Brussels Conference, during which international donors pledged $2.2 billion for the CAR to help cement its economic recovery.

“I am very pleased to start the year 2017 in the Central African Republic with the mission of listening and understanding, in order to better assist in the effort of peace, recovery, economic growth and, of course, reconciliation, because all this is intimately linked, and the IMF has been, is and will be, a partner of the authorities of the Central African Republic on its road to reconciliation, peace, and the restoration of conditions of growth,” said the IMF director.

Six months ago, the IMF granted Bangui an expanded credit facility of nearly $112 million over a three-year period.

It also warned that an upsurge in violence would hurt the country’s recovery plan.

The 2017 GDP was projected at 5.0 percent, down from an initial forecast of 5.5 percent, which was blamed on the deteriorating security environment taking a toll on economic activity. 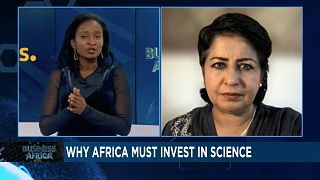