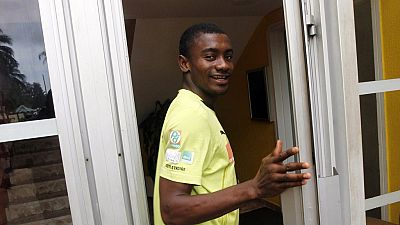 Salomon Kalou, the Ivorian forward, has disclosed to Africanews’s tournament correspondent that the current African Cup of Nations will be his last.

Kalou told Africanews’s Juliet Bawuah that he was proud to have represented his country in seven different AFCON tournaments. He was an integral part of the Elephants squad that won the trophy the last time out.

“Great memories, I played with fantastic players I always enjoy playing with these players to represent my country at a higher level; I played in two world cups my best memory is the first World Cup in Africa, South Africa 2010 so I am taking a lot of things with me and I am happy that I could be able to get to that level of the game,” he said.

Kalou who plies his club trade with German side Hertha Berlin is hoping that the Elephants can successfully defend the trophy they won in 2015 beating Ghana in the finals. They are in a tight position in Group C and have to win their final group fixture against Morocco to stand a chance of making the next round.

“I am very proud of the direction my career took and playing for ten years in the national team I am very proud of that’s my last one I am trying to enjoy it to the end,” Kalou added. The Ivorian side misses the services of the Toure brothers who retired after the 2015 victory. Skipper Yao Gervinho also missed the tournament through injury.

Kalou has 92 appearances for the national side since making his debut in 2007. Over the period, he has scored 28 goals for the team. He started his youth career with ASEC Mimosas in Ivory Coast and has played with Dutch giants Feyenoord, London side, Chelsea and Lille in the French Ligue 1.