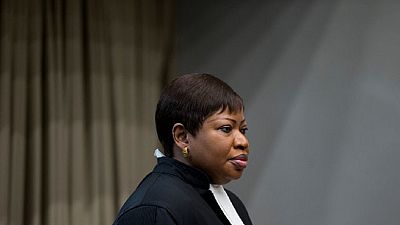 The International Criminal Court’s chief prosecutor, Fatou Bensouda on Tuesday scolded the United Nations for failing to take action in the case of Sudan’s president, whom the ICC is seeking to arrest on charges of genocide.

In response, Egypt’s delegate to the United Nations Security Council rejected the prosecutor’s complaints and cited the African Union insistence that the case against Sudanese leader Omar al-Bashir should be suspended.

Angola’s representative to the 15-member council likewise endorsed the AU’s stand, while Sudan’s UN ambassador accused the ICC of acting on the basis of political expediency rather than serving the cause of justice.

The victims of those crimes are“ puzzled and dismayed by the council's lack of action. The Security Council's failure to insist on enforcement of the ICC arrest warrant “has emboldened states to host Bashir.

The ICC prosecutor had expressed discontentment in her report to the Security Council on the seven-year-long effort to put Bashir on trial in the Hague for crimes allegedly committed in Darfur.

“The victims of those crimes are“ puzzled and dismayed by the council’s lack of action. The Security Council’s failure to insist on enforcement of the ICC arrest warrant “has emboldened states to host Bashir,” Bensouda said.

She noted that Bashir has crossed international borders 131 times since 2009 despite ICC calls for his arrest.

According to Bensouda,On 14 of those occasions, Bashir visited countries that are parties to the ICC treaty and are thus required to carry out the court’s arrest warrants.

She referred specifically to Uganda and Djibouti, noting that those two countries had been formally found to be in non-compliance with their obligations as parties to the treaty establishing the ICC.

Their refusal to arrest Bashir when he was in their respective territories caused the ICC to refer Uganda and Djibouti to the Security Council in July for possible sanctions.

Egyptian envoy Amr Abdellatif Aboulatta said in response on Thursday that African states reject any measures that might be taken against them for their non-cooperation regarding the case against President Bashir.