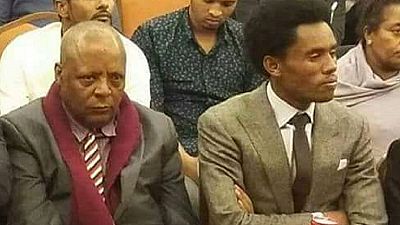 Ethiopia on Wednesday evening arrested a leading opposition member, Merera Gudina when he arrived home from a trip to Europe. The academician is said to belong to the Oromo ethnic group – one of the main groups agitating for political reforms.

As part of his trip, he is reported to have addressed the European parliament over political and security issues back home. Local media portals report that he was arrested along with some relatives.

Meanwhile the European Union (EU) has expressed concern over the arrest of Gudina. She confirmed that he spoke at an European Parliament along with runner Felisa Lilesa who became famous after his anti-government gesture at the just ended Olympics.

This is a move that will exacerbate, rather than ease, the underlying tensions currently simmering in the country. Instead of resorting to further repression and clamp-downs, the Ethiopian government must urgently and meaningfully address the human rights grievances that are fuelling unrest.

The state-affiliated FANA broadcasting corporate however stated on Thursday that Gudina was arrested because he had flouted the State Of Emergency currently being enforced nationwide.

They quoted the the Secretariat of the Command Post as saying Gudina violated an article of the law which prohibited any communication with banned terrorist organizations and anti-peace groups.

“He is under investigation for violating this article,” the Command Post said.

Amnesty ‘angry’ over the arrest

Rights group Amnesty International have reacted to the latest development in the country, describing the arrest of Merera Gudina, as ‘an outrageous assault on right to freedom of expression.’‘

“The arrest of Merera Gudina is an outrageous assault on the right to freedom of expression and should sound alarm bells for anyone with an interest in ending the deadly protests that have rocked Ethiopia over the past year.”

“This is a move that will exacerbate, rather than ease, the underlying tensions currently simmering in the country. Instead of resorting to further repression and clamp-downs, the Ethiopian government must urgently and meaningfully address the human rights grievances that are fuelling unrest,” Amnesty’s Deputy Director for East Africa, the Horn and the Great Lakes, Michelle Kagari said.