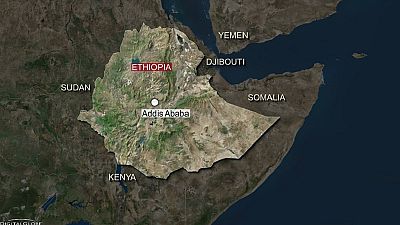 <p>November 12, 2015 opened a new chapter in the political space of Ethiopia. The Horn of Africa nation experienced anti-government protests by minority groups protesting political marginalization on one end.</p> <p>Also embedded in the protests was an opposition to the decision of government to develop land around the capital Addis Ababa.</p> <p>Last year’s protests started in the Oromia region. The attendant security clampdown shot Ethiopia into the global political and human rights limelight. Africanews presents a timeline of events since the protests kicked off.</p> <h3>November 2015</h3> <p>The first protests started in the Oromia region. Serious security crackdown was also reported. Rights groups cited the stifling of freedom of expression and public assembly.</p> <p><strong><span class="caps">READ</span> <span class="caps">MORE</span></strong> <a href="http://www.africanews.com/2016/08/02/the-powerful-vs-the-populous-the-boundary-crisis-behind-ethiopia-s-protest/" target="_blank">The boundary crisis behind Ethiopia’s protest</a> </p> <h3>January 2016</h3> <p>Calls for restraint on the part of the foreign governments and rights groups.</p> <h3>June 2016</h3> <p>Human Rights Watch (<span class="caps">HRW</span>) presents report on the November protest and attendant clampdown. Amnesty disclosed concerns and rallied global action and condemnation of the situation. The United Nations was not left out.</p> <p><strong>Among other findings:</strong></p> <p>Over 400 people were killed, 1000s were arrested by security forces. The 61-page report interviewed over 125 protesters, bystanders and victims of abuse. <span class="caps">HRW</span> asked the government to support and independent probe into the protests.</p> <p>As part of Government’s official response, they disputed <span class="caps">HRW</span>’s figures disclosing that 173 people died in the protests out of which 28 were police officers.</p> <p>Prime Minister Hailemariam Desalegn apologized in March 2016 before parliament for “not listening to the concerns of the people”, but blamed the death and destruction on the violence of some protesters. </p> <h3>June 2016</h3> <p>Fresh protests break out in the Amhara region, with reports of huge security clampdown.</p> <p>Tens of thousands of protesters have flooded the streets of Gonder in the Amhara region of northern Ethiopia on Sunday demanding a change of government due to the unfair distribution of wealth in the country. <a href="http://www.africanews.com/2016/07/31/half-a-million-protesters-call-for-a-regime-change-in-ethiopia/" target="_blank"> Click to read more …..</a> </p> <h3>August 2016</h3> <p>The anti-government protest in the northern Amhara region intensified and spilled over to other regions demanding a regime change in the country. As usual there was security clampdown.</p> <p>Violence continued in the country leading to the United States issuing a travel directive to its citizens. </p> <p>Still in August, reports emerged that protesters remobilised in the northern city of Bahir Dar to continue the nationwide demonstration that was largely marked by violence. This was the fourth area hit by protests after Addis Ababa, Amhara and Oromia regions.</p> <p>An Amnesty report stated that over 60 people were killed and hundreds more sustained injuries in heavy-handed but ‘unsurprising’ response by Ethiopian security forces to the widening protests.</p> <p>“The security forces response was heavy-handed, but unsurprising. Ethiopian forces have systematically used excessive force in their mistaken attempts to silence dissenting voices,” said Michelle Kagari, Amnesty International official for East Africa, the Horn and the Great Lakes.</p> <p>International concerns were raised by the United States and France. The European Union (EU) also expressed concern, being the first political bloc to wade in on the issue. The Africa union at the time had yet to comment.</p> <p>“The U.S. Embassy expresses its deep condolences to those who suffered as a result of the violence and regrets the damage to livelihoods, economic development, and the social fabric that such violence brings,” the US statement said. </p> <p>The World Council of Churches (<span class="caps">WCC</span>) issued a statement mourning persons who were killed in the protest. They also called on the authorities to exercise restraint over the security clampdown.</p> <p>As August closed, the United States upgraded theri caution to Citizens issued earlier in the month to the status of a travel alert. The State Department said the travel alert remained valid till February 18, 2017.</p> <p>Another significant development in August was at the 2016 Olympics in Rio, Brazil. Details of how the tracks of Rio whipped up a new dimension to the protests. </p> <p><strong><em>Join us for part two of ‘‘Ethiopia: A year after the anti-government protests started – timeline of events.’‘</em></strong></p> <p><strong><em>Shaban Abdur Rahman Alfa</em></strong><br /> <strong><em>Africanews, web journalist</em></strong><br /> <strong><em>Congo, Pointe Noire</em></strong><br /> <strong><em>alfa.shaban@africanews.com</em></strong></p>