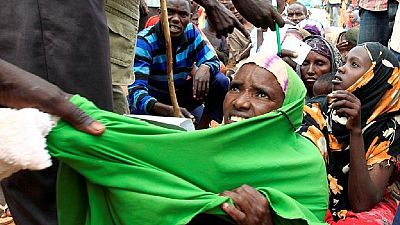 Majority of Somali refugees affected by the planned closure of the Dadaab refugee camp in Kenya fear a return to ‘chaos’ back home, Doctors Without Borders (MSF) has said.

The MSF’s position is contained in a report published today. The document titled ‘Dadaab to Somalia: Pushed Back into Peril,’ said refugees unhappy to be forced back cited fear of forced recruitment into armed groups, sexual violence and absence of healthcare.

The charity group thus called for other alternatives to be urgently considered by the Kenyan government, the United Nations refugee agency (UNHCR) and other donor countries in the closure. Dadaab camp is the world’s largest refugee camp.

According to MSF, 86% of refugees surveyed in one of the five camps that make up Dadaab camp do not want to return home.

Liesbeth Aelbrecht, Head of Mission for MSF in Kenya also called for support for the host country, “It is unacceptable that – without any other solution being offered – thousands are essentially being pushed back into conflict and acute crisis: the very conditions they fled.

“Kenya should not shoulder this burden alone. Funding from donor countries needs to be directed to providing sustained assistance in the country of refuge, not to supporting what will essentially be a forced return to a warzone.”

According to the report, MSF also highlights the severe medical consequences of such a massive return.

“It is clear that refugee camps are not the best way to manage a protracted 25-year crisis but closing them now without offering other durable solutions pushes them back to a conflict zone, where medical care is dangerously absent,” says Bruno Jochum, MSF General Director.

“This decision is yet another blight on refugee protection globally, where again we see total failure in providing safe haven for people in danger.

“The UN itself has recently declared that five million are at risk of hunger inside Somalia. Sending back even more people to suffer is both inhumane and irresponsible,” he added.

The Kenyan government on May 6, 2016 announced that it was going to close down the refugee camp that has been home to millions of Somalis fleeing instability in their country. Kenya cited the fact that the camp was an existential security threat as it served as home to al Shabaab terrorists.