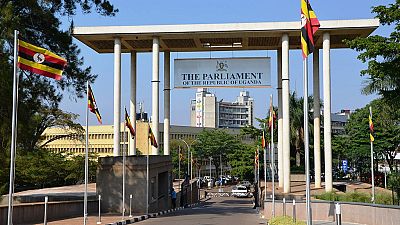 Bakireke Betty Nambooze, a Ugandan Member of Parliament (MP) says the country must as a matter of urgency update its outdated legislation on alcohol. According to her, statistics indicated that each Ugandan is consuming 24 litres of alcohol yearly.

Nambooze on Wednesday initiated a private member’s bill, ‘The Alcohol Drinks Control Bill, 2016,’ as part of efforts to check the overuse, misuse and abuse of alcohol.

A portion of her motion in respect of the bill read, ‘‘The current legislation regulating the manufacture, sale and consumption of alcoholic drinks such as the Enuguli (manufacture and licensing) Act, Cap 86 and the Liquor Act, Cap 93 are outdated and no longer fit for purpose.’‘

She insisted that far from outlawing alcohol, her bill was aimed at regulating consumption. ‘‘The proposed bill doesn’t stop people from taking alcohol, we dont have proper data on the consumption of alcohol,’‘ she said in parliament.

According to her motion, ‘‘the Global status report on alcohol and health of 2014 ranked Uganda among the top alcohol per capita consuming countries in Africa and has in the recent past been ranked the leading per capita consumer of alcohol in the world.

‘‘The report indicated that at least 89% of the alcohol in Uganda is not classified, unlicensed, unregulated, adulterated, home brewed and illegally sold.’‘

She added that the unregulated nature of the sale and consumption is what made gave easy access to young people resulting in abuse of alcohol. She cited dangers of alcohol abuse including irreversible physical, mental and social effects usually resulting in death or blindness of abusers.

A fellow MP however had issues with the bill as stated in the following tweets:

MP Otto: The bill proposes a time for one to sell alcohol , license for one to import alcohol. #PlenaryUg

MP Otto: The Alcohol Control bill also seeks to regulate those who manufacture alcohol, this would affect our GDP. #PlenaryUg

MP Otto: For us catholics , alcohol is not prohibited, such a bill would affect our our religious beliefs. #PlenaryUg

It was reported in early September, plans by some MPs and civil society groups who were pushing for restriction and MP Nambooze was in the lead of the initiative.

In August the Monitor news portal reported that the Ugandan army chief had ordered a clearing of shops and drinking bars across barracks in the country.

Even though the portal said the move was intended to ‘‘avoid items inside military installations that are not supposed to be there.’‘ The Daily Monitor portal however alludes the move to a curb in the rising incidence of shooting where many people have been killed by drunken soldiers.