I'm not backing out as promised - Gabon opposition leader bursts out 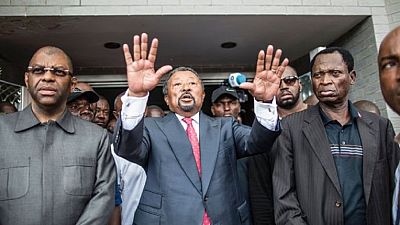 After hours of silence, Gabon opposition leader Jean Ping has rejected the court ruling upholding the reelection of Ali Bongo on Saturday.

The former African Union chairman burst out to his supporters in the capital Libreville saying he will not retreat but defend the choice of the Gabonese people.

“We will ensure the choice of the Gabonese people is respected. 2016 will not be 2009 … I am not backing out as I promised you. Elected president by Gabonese, I remain at your side to defend your sovereignty,” Ping said while describing the ruling as “unjust”.

Jean Ping also demanded the release of the “unjustly arrested compatriots, including Leon-Paul Ngoulakia, a candidate in the last election”.

He also called on the international community to take immediate action in the case of Gabon before releasing a two-page communique on the decision of the court.

Jean Ping appealed against the August 27 election results at the Constitutional Court to authorise a recount in a province where President Ali Bongo won 95 percent of the votes on a 99.9 percent turnout.

The European Union complained of being given limited access to the Constitutional Court’s review of the election results that validated the reelection of Ali Bongo.

“Consequently, the Gabonese people’s confidence on the integrity of the electoral process can, legitimately, be put in doubt,” the EU said in a statement on Saturday.

Bongo to include Ping in government

President Ali Bongo has hinted that his new government might include opposition figures including Jean Ping.

He told Reuters in an interview on Saturday evening.

Security has been stepped up in the capital Libreville since Thursday and reports indicate that the streets are deserted as at Saturday morning after the announcement of the court’s decision.