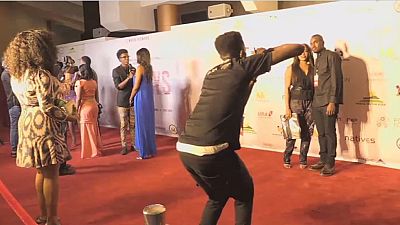 The film ’93 Days’, which tells the story of Nigeria’s brush with the Ebola outbreak and the country’s response to the deadly virus has premiered in Lagos.

The film cast is a mix of old experienced actors and new ones who work together to weave the story of how heroism and unity of purpose saved millions of Nigerians from contracting the dreaded virus.

“I was inspired to do this movie because I felt that it is important we started telling our own stories. We have a lot of very rich, important stories to tell but typically in the past we let these things slide and slowly but surely we begin to forget. But what we are trying to do now is to document our history for prosperity.”

Veteran actor, Bimbo Manuel was part of the cast and he said,
“This is a story that confirms that with cooperation, with people agreeing to collaborate, with institutions agreeing to come together, there is nothing that the world can not defeat together. There is no challenge that can not be overcome. It’s a story of people willing to sacrifice even their own lives.”

“I’ve never acted before. This was my debut role and I was going to be acting alongside Danny Glover, a Hollywood great, and our very own superstar, Bimbo Akintola so you know I spent forever learning the lines and trying to get my Liberian accent you know because I had to try and speak like a little bit of a Liberian”, said actor Shola Oyebade.

“93 Days” premiered at the House on the Rock church in Lekki, an unusual venue for a movie premiere but one which many found apt for a movie based on a miracle.