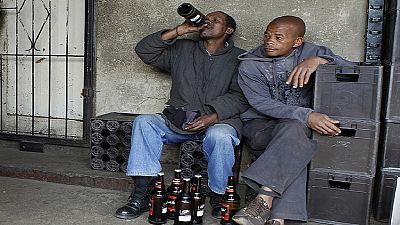 Some Members of Parliament and Civil Society Organisations are pushing for an alcohol law that will restrict the sale of alcohol to between 5pm and 1am.

Violators of the law will pay a fine of 2 million shillings ($590) or serve jail term of one year or both, according to the Alcoholic Drinks Control Bill 2016 draft.

The proponents of the bill are led by the MP Betty Nambooze who launched the campaign after a resident in her constituency asked for the law to help him stop drinking, local media Daily Monitor reported.

“I am also an alcohol drinker and I have just found out that I am a risk drinker because on a particular day I can take more than four units. We are not after those people who take alcohol responsibly or use it as culture. We just don’t want our young people to get addicted and live by alcohol,” she is quoted to have said on Thursday.

MP Betty Nambooze reveals plans to propose a bill that seeks to regulate and control alcohol in Uganda. #NBSNow pic.twitter.com/dPettXY5IV

The law also criminalizes the sale of alcohol to persons under the age of 18 which will attract a 10 years prison sentence or a fine of 20 million shillings ($5901) or both. It also bans the advertisement of alcohol.

The country’s alcohol merchants have condemned the proposed bill as very stringent as they already have regulations to curb excesses.

“We are in support of having a policy to regulate alcohol so that all the players in the industry play under the same rules. Controlling the time alcohol is sold should not be the primary focus; rather the focus should be on what alcohol is being consumed,” Uganda Breweries Limited communications manager, Ms Rhona Arinaitwe said.

The bill is yet to be tabled before parliament.