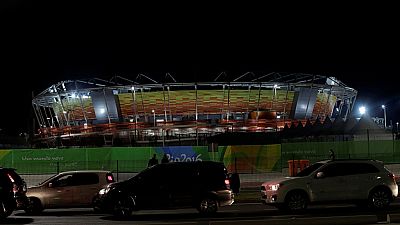 It’s the final stretch for the Rio Olympic games in Brazil with just a few days left.

A rehearsal for the opening ceremony was held on Sunday at the Maracana Stadium, where the olympic flame is scheduled to arrive on Friday evening.

Several people thronged the stadium to show support for their loved ones who will be among the participants of the curtain-raising festivities.

“I believe it’s going to be fantastic. In fact we’re here for the rehearsals for our daughter who’ll be taking part at the opening ceremony and we expect a marvelous ceremony,” said the father to one of the participants.

Over six thousand volunteers from around the world have been recruited to showcase a dance performance at the opening ceremony to portray Brazil’s history during the colonial period.

The Brazilian population expect elements of their rich culture to be portrayed at the ceremony, for example, the Samba dances and the carnivals.

“We hope to have fireworks because in the other ceremonies that we have attended, they were a lot. And I hope this ceremony will portray the Brazilian personality since we have a lot of things to show off including the natural wonders to show the world,” said one tourist.

Thousands of tourists from around the world continue to flock the city of Rio de Janeiro where the main action will be despite challenges the country has been facing.

About 500,000 people all over the world are expected for the 2016 Summer Olympics which kick starts on August 5.