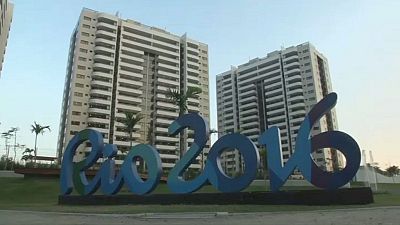 Athletes and delegations have began arriving at the Olympic Village in Rio de Janeiro with delight to compete in the global games which open on August 5.

The arriving delegations from different countries have mixed hopes and reviews.

“It is fantastic, everything so far has been really good, we are very happy to be here, it is a wonderful place. People have been super friendly. I think it is going to be a fantastic Olympics Games,” said Team Bermuda rowing coach, Cory Bosworth.

An advanced team from Australia which arrived in Rio on July 21 has however delayed moving into the Olympic Village.

They have been living in nearby hotels citing blocked toilets and exposed wires in their flats at the village.

“We felt that our building was not safe because of a combination of plumbing and electrical issues. When we did our stress test yesterday afternoon, there were significant leakages from plumbing pipes,” the head of the Australia’s delegation Kitty Chiller told journalists.

“Every village has teething problems, it’s very difficult to suddenly have 20,000 people in a confined space such as an Olympic Village. I have never experienced – this is my fifth Olympic Games – a village in this state or lack of state of readiness at this point in time,” she added.

The International Olympic Committee and local organizers held emergency talks Sunday just hours before the sprawling Athletes Village was set to open officially but there has been no word yet on what they are doing about the complaints.

The 31-building village will house some 18,000 athletes and officials at the height of the games.