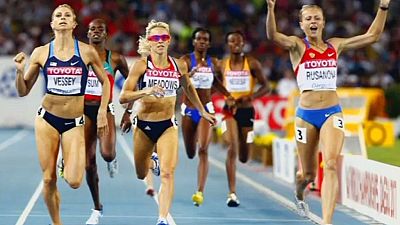 The athlete who helped expose doping in Russian athletics has been cleared by the IAAF to compete as a neutral athlete in Rio.

Stepanova eligible to compete internationally as an independent neutral athletehttps://t.co/R8oMqifNCN

Yulia Stepanova, an 800 meter runner becomes the first to pass the ‘exceptional eligiblity’ guidelines set by the IAAF’s doping review board.

But the IOC will still have to decide if she can compete in Rio.

Stepanova, whose revelations helped expose the massive doping problem in her country left Russia and went into hiding after disclosing the issue.

She is also eligible to compete in the European Championships.

European Athletics reiterated the IAAF’s views and said it recognised Stepanova’s “exceptional contribution to the protection and promotion of clean athletes” and cleared her to compete in Amsterdam next week.

The IAAF said its doping review board had received more than 80 formal requests from Russian athletes seeking exceptional eligibility to compete in an individual capacity.

Russia was banned from all international competition by the IAAF in November after a World Anti-Doping Agency commission report painted a picture of state-sponsored doping in the country.