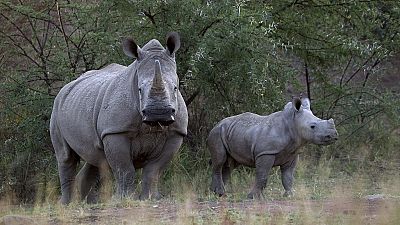 The United Nations and its partners have approved an additional $40 million dollar funding to support the Global Wildlife Programme in 19 African and Asian countries to address the growing poaching crisis and an international call to action.

The national programmme initially approved in 2015 for 10 countries by the Global Environment Facility (GEF), was expanded on June 10 to cover an additional 9 countries in Africa and Asia increasing the funding to $131 million expected to leverage $704 million in additional co-financing over seven years.

“Poaching and illegal wildlife trafficking are reaching unprecedented levels, robbing the livelihoods of local communities and eroding the global commons … The project is not only about stopping the slaughter of animals in the forests and savannas of Africa; it also aims at reducing the demand in Asia,” said Naoko Ishii, GEF CEO and Chairperson.

“Ending the illegal trade in wildlife requires a concerted and cooperative effort between all sectors. These new projects will further these efforts and help bring us closer to ending wildlife crime once and for all,” said UN Environment Programme (UNEP) Executive Director Achim Steiner.

The UNEP has estimated the value of illegal wildlife trade to be between $10 and $23 billion per year, making wildlife crime the fourth most lucrative illegal business after narcotics, human trafficking and weapons.

In April, Kenya burned 120 tonnes of ivory to signify the end of poaching on the African continent. The symbolic burning was done during the launching of the inaugural Giants Club Summit in Kenya which gathered heads of state and conservation experts to work towards the goal of developing a more cohesive, continent-wide response to the poaching of elephants as well as rhinos and the trade in illegal-wildlife trophies.

She added that vulnerable and endangered species are being pushed toward extinction as “the illicit trade is also fuelling corruption and conflict, destroying lives, and deepening poverty and inequality.”